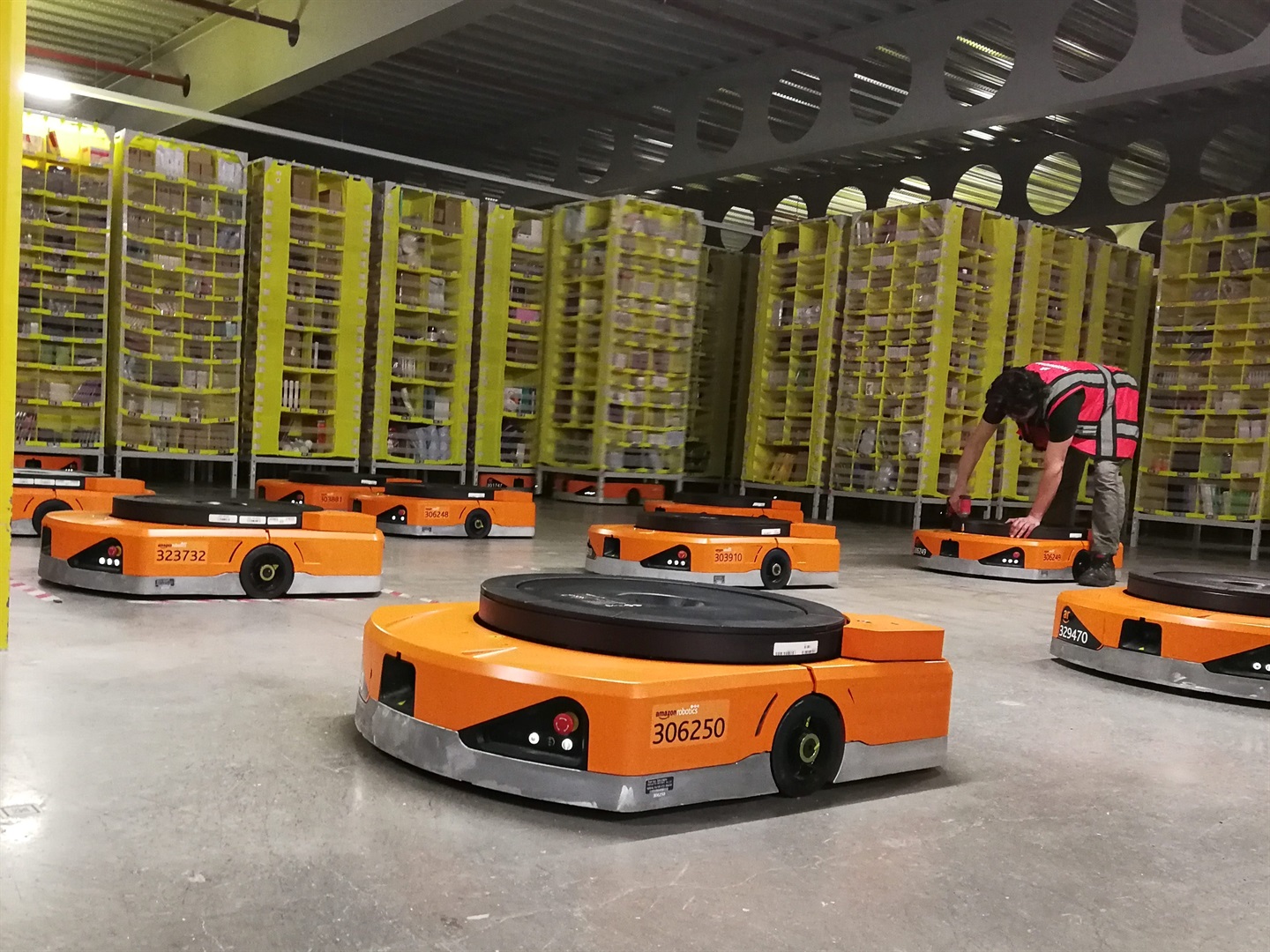 Robots in an Amazon warehouse.

Amazon workers could soon see squat green robots weaving between them and their coworkers on the warehouse floor.

Amazon announced in a blog post on Tuesday it has created its first "fully autonomous" warehouse robot, named Proteus.

Proteus looks a lot like Amazon's current warehouse robots, but whereas its regular robots have to operate in a caged area away from human workers, Amazon says Proteus will be able to roam free in the warehouse, dodging human employees as it goes.

Amazon said in its blog Proteus will first be deployed in warehouses moving "GoCarts" — Amazon's term for tall, wheeled cages containing packages that need to be moved around the warehouse.

You can watch Proteus moving a GoCart in the video below:

Amazon did not say in its blog exactly when Proteus would be introduced to warehouses, or how widely it will be deployed.

Amazon did not immediately respond when contacted by Insider for comment.

Amazon said in its blog Proteus is built to improve "simple, safe interaction between technology and people."

The company has a history of promoting robots as a way to make warehouse workers' lives safer.

Last year Amazon introduced a suite of new robots named after characters from "Sesame Street" and "The Muppets," which it said were geared towards reducing injury rates inside warehouses.

Although Amazon likes to tout its robotics as a way to reduce the physical burden on its workers, leaked internal data published by Reveal in 2020 showed robotic warehouses had higher rates of injury than warehouses that don't use robots.

Reveal's investigation suggested robotic warehouses have higher production quotas than non-robotic ones, meaning the physical strain on workers is greater.

Amazon's focus on robots could also be a way to reduce its reliance on its human workforce.

A leaked 2021 memo reported by Recode last week showed Amazon believes it could run out of people to hire in the US by 2024.

The memo listed a variety of solutions to counter the problem including increased reliance on robots, as well raising wages.