UPDATE: Here are all 12 flights British Airways, SAA, and Kulula have cancelled after a technical inspection – so far only for Tuesday 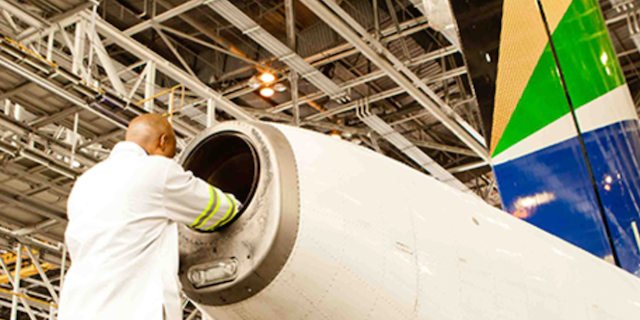 Update: At 9:30AM Comair released the following statement: "We can confirm that four of the affected aircraft have been released back into service and we are expecting the full fleet to be back in operation by tomorrow morning."

SAA's low-cost brand Mango on Tuesday confirmed it had not cancelled any flights. "Where necessary, capacity was leased from other providers," Mango said.

See also: The Civil Aviation Authority says SAA and Comair must inspect all their aircraft for safety – but that it didn’t ground anybody

South African Airways, Kulula.com, and British Airways in South Africa on Tuesday cancelled a total of 12 scheduled flights after an inspection by the SA Civil Aviation Authority (CAA) flagged issues at SAA Technical, which services planes for all three airlines.

Comair, the operator of Kulula.com and BA in SA, said it is "currently only anticipating disruptions for today". But with neither the CAA nor airlines providing detailed information, it remained hard to predict when affected planes would be back in the air.

In terse statements, SAA said it had made "a decision to recall some of its aircraft to undertake compliance verification", while Comair said "affected aircraft may not be flown".

See also: Kulula and British Airways planes have been grounded after a maintenance audit of the SAA unit they are trying to ditch

Both appeared to be acting on the basis of the same notice issued to SAA Technical after an audit of maintenance procedures.

Kulula said the CAA had made "irregular findings" during an audit of SAA Technical. SAA said only that the inspection "conducted by SACAA was in accordance with its regulations and a necessary exercise to ensure compliance and safety".

By 9:00 neither the airlines nor the CAA had provided the notice in question, identified the actual aircraft affected, or provided details of the issue.

These are the 12 flights cancelled on Tuesday after an inspection of SAA Technical by the Civil Aviation Authority: