Take look inside Alibaba's high-tech 'hotel of the future,' which is run almost entirely by robots Alibaba Group is vying to create the hotel of the future.

Earlier this year, the e-commerce giant opened its FlyZoo Hotel, which it describes as a "290-room ultra-modern boutique, where technology meets hospitality." The hotel is the first of its kind in that it eschews traditional check-in and key card processes, instead allowing guests to manage reservations and make payments entirely from a mobile app, sign in using self-service kiosks, and enter their rooms using facial-recognition technology.

Additionally, the hotel is run almost entirely by robots that serve food and fetch toiletries and other sundries as needed.

The hotel was developed by the company's online travel platform, Fliggy, in tandem with Alibaba's AI Labs and Alibaba Cloud technology with the goal "to leverage cutting-edge tech to help transform the hospitality industry, one that keeps the sector current with the digital era we're living in," according to the company.

"As smart technology is reshaping industries, the FlyZoo Hotel represents Alibaba's endeavor to marry hospitality with technology, and ultimately inspire and empower the tourism industry to embrace innovation," Andy Wang, CEO of Alibaba Future Hotel, the group operating the hotel, said in a press statement.

Here's a closer look at what it's like inside:

The FlyZoo Hotel is located in Hangzhou, China. The design is sleek and contemporary, to appeal to modern international travelers. FlyZoo has 290 rooms in total, as well as various amenities like a robot-operated restaurant and high-tech gym. The hotel project was led by the company's online travel platform, Fliggy, in tandem with Alibaba's AI Labs and Alibaba Cloud. Chinese users with the FlyZoo app are able to book rooms directly from their phone, where they can choose their floor and the direction the room faces. The app also provides virtual tours of each of the rooms before users make their final selection. 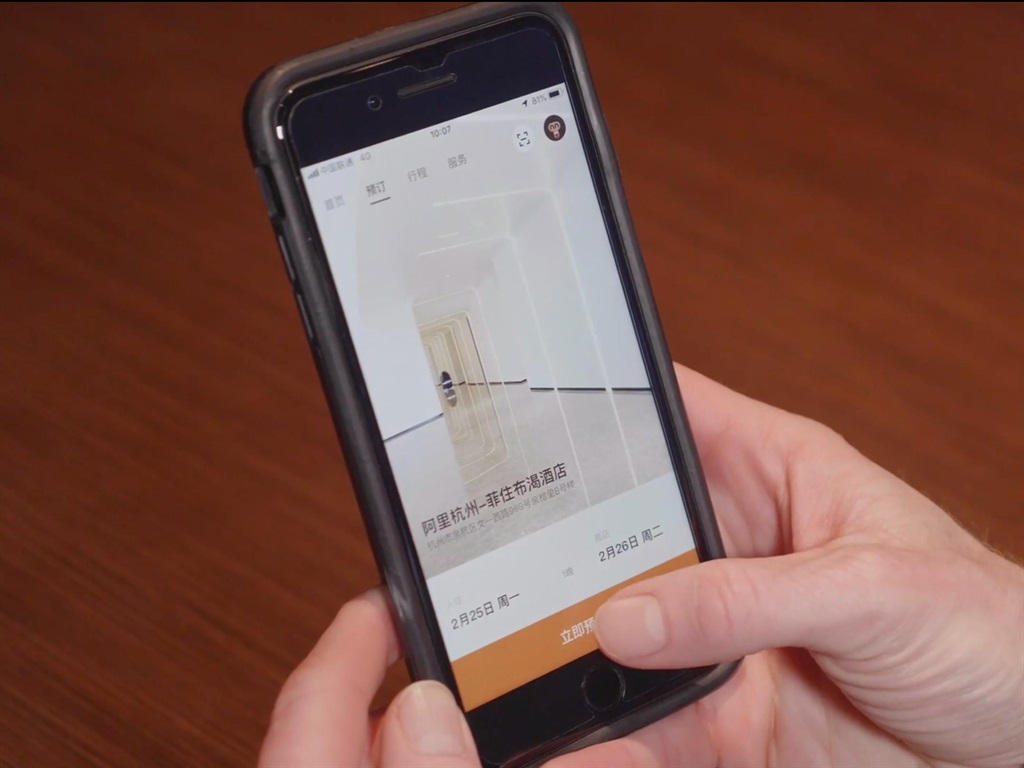 Once a guest arrives at the hotel, they can check in on the mobile app and go directly to their room. Users can access the app and check in on their phone using facial-recognition technology. 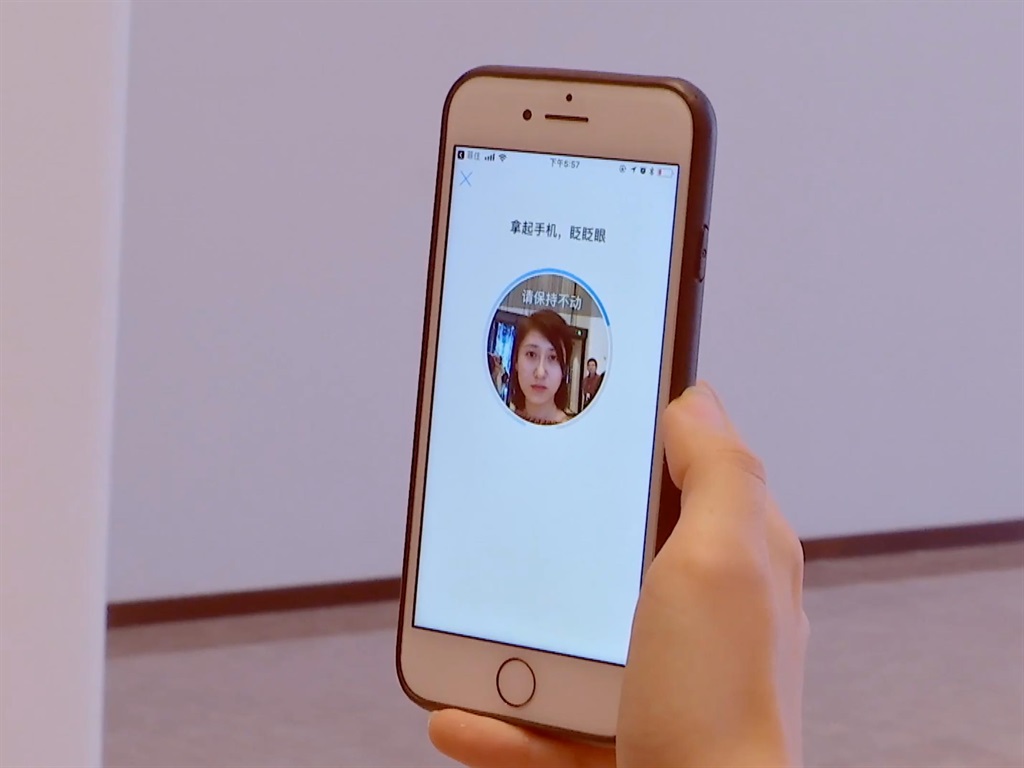 Travelers from outside of China who don't have access to the mobile app can check in with their passport at one of several kiosks located in the lobby. Here, Tom Brennan — managing editor of Alizila, the news hub of Alibaba Group — demonstrates how to use the self-service kiosk. Instead of traditional keycards, FlyZoo uses facial-recognition technology based on images taken during the check-in process. By merely looking into a screen, visitors can access elevators and enter their room, without swiping a physical card. This is what the interior of an average room looks like. Each room includes a "Tmail Genie" — essentially Alibaba's version of Amazon Echo — which can help with tasks like adjusting the room temperature, closing the curtains, and turning the lights and television on and off. Using voice commands, the device can answer general questions about the WiFi or the weather, as well as communicate requests for items like snacks with the "robot butler." The robot butler was created by Alibaba's AI Lab and can make food and toiletry deliveries directly to rooms and at the hotel's restaurant. Once a request is made, the robot makes its way to the room. Here, a robot is seen boarding an elevator. To unlock the items, the guest inputs a passcode sent via text.

It's an extremely high-tech way to stay hydrated. Another Alibaba robot is seen on the prowl. The robots also serve meals in the hotel restaurant. 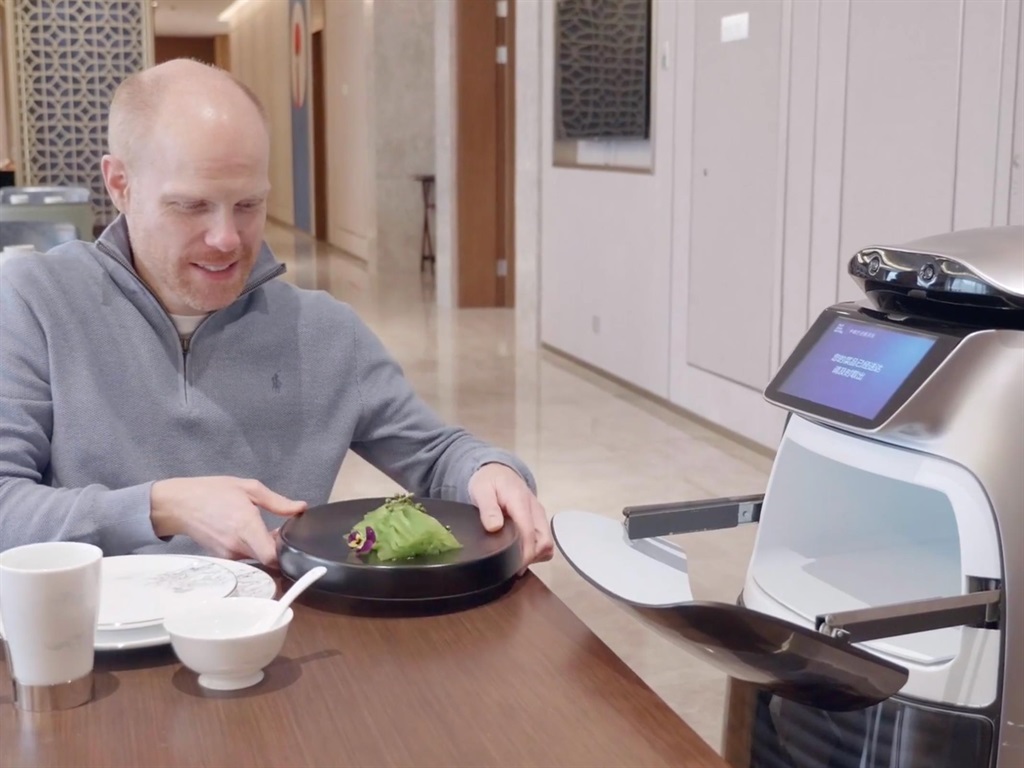 The hotel includes amenities like a gym with "fun digital experiences" and interactive screens with guided workouts. Brennan demonstrates what it's like to use one of the interactive digital fitness activities. For check-out, guests can simply pack up and go by their designated time. Though the hotel is almost entirely run by robots, there are a few employees on staff to assist as needed. "Our use of intelligent facilities coupled with digital management and operational systems means that hotel employees can focus on providing guests with a level of service that goes the extra mile," Andy Wang, CEO of Alibaba Future Hotel, said in a press statement.

Only time will tell if the FlyZoo Hotel model will truly become the hotel of the future.