These earrings are made from Apple AirPods.
Gabrielle Reilly

If the thought of losing your expensive Apple AirPods is one of your biggest tech fears, 22-year-old Gabrielle Reilly has a solution that has quickly gone viral.

Reilly turned a pair of AirPods into a dangling pair of earrings that seem as stylish as they are functional. Reilly originally shared the creation via a video on Twitter, and the invention has quickly spread all over social media.

I made airpod earrings lmaoooo i didnt want to post this till i had better pics but whatever here it is pic.twitter.com/4pHnc8wvfv

Reilly told INSIDER that they initially purchased AirPods because their cat has a tendency to destroy wired earbuds. Like most people with the pricey headphones, Reilly instantly became worried about losing them.

Reilly also has an ear piercing that causes some complications with keeping earbuds in for long periods of time, which prompted them to think of a way to keep the AirPods secure.

"I have a tragus piercing that will push earphones out of my ear," Reilly told us. "Initially I made a chain necklace to attach them. Then I thought, why not earrings?"

Reilly created a piece that would fit snugly around the AirPod's base and attached it to a pair of dangling earrings for the final result. 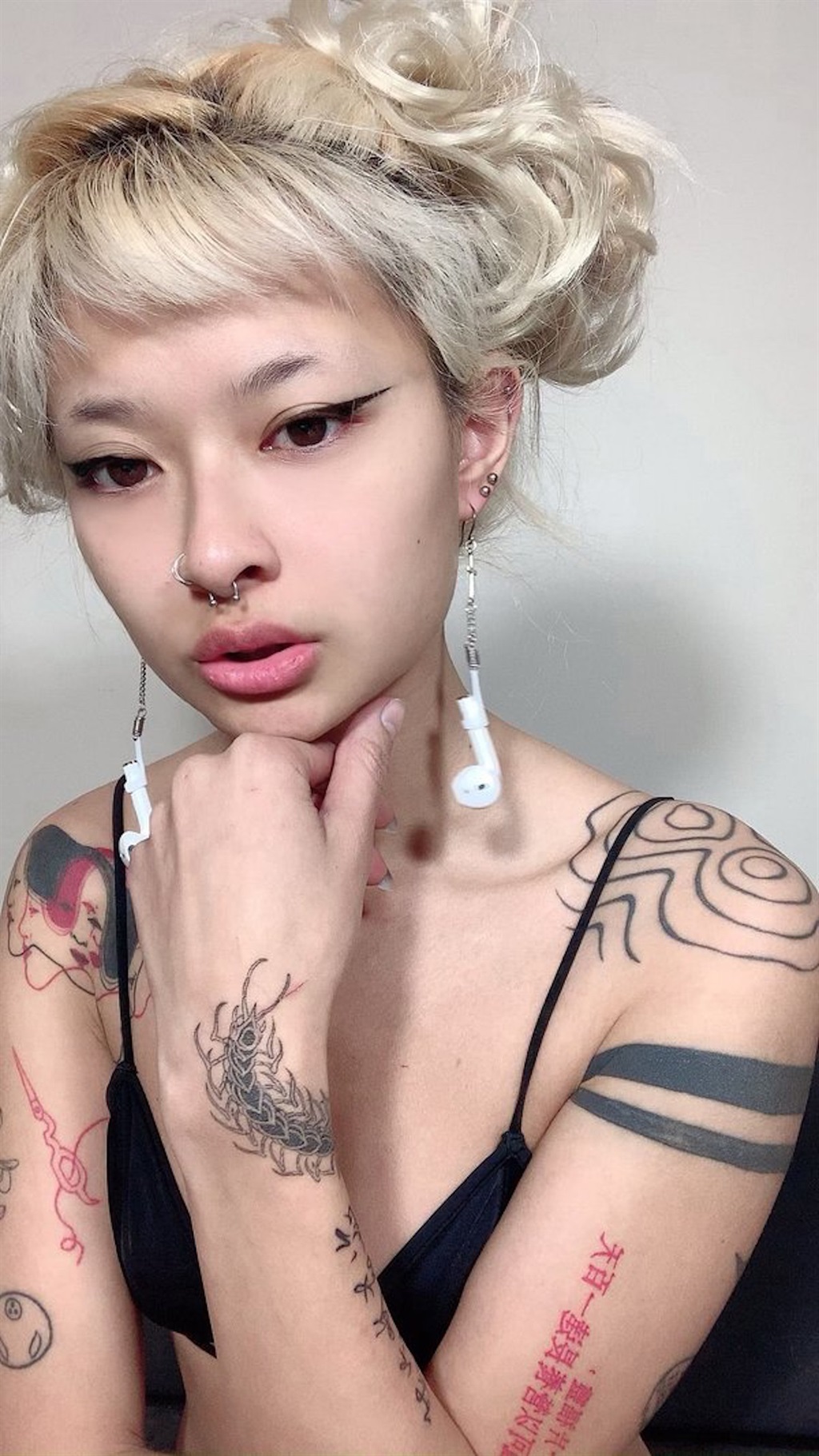 The creation has taken over social media, which completely took Reilly by surprise.

"I'm thankful for all the support that I have gotten," Reilly told INSIDER. "I didn't expect the attention at all."

Reilly also notes that some of the reactions have been "mixed," especially those that attempt to turn the creation into a joke.

"AirPods have become a meme, so people are always making jokes about them," Reilly said. "My AirPod earrings kind of feel like a joke to me too, but a functional joke."

Read more: Apple is reportedly going to release over-ear headphones this year, and they will probably be a huge hit like AirPods

The reaction has become so huge that Reilly has begun selling the creations - which have officially been dubbed Airings - online for $20 a pair. Customers can choose between different colored connectors, as well as different shapes and chains on the actual earrings. You can now buy your own Airings.
Gabrielle Reilly

Reilly has also garnered a lot of media attention for the Airings, though they said there has been a problem with the way they are identified. Several media outlets and Twitter users have referred to Reilly as "a woman" and used "she/her" pronouns, but Reilly identifies as gender non-binary and prefers "they/them" pronouns.

Reilly addressed the issue in a series of tweets.

Gonna take this moment to let everyone know im non-binary and prefer they/them pronouns. Im v femme presenting so i was whatever about it, but i feel like i have to say something now

Reilly told INSIDER that the misgendering does make them feel slightly uncomfortable, but they aren't too bothered by it overall.

"It is a little weird. It makes me more uncomfortable than anything," Reilly said before adding, "It's my fault for not letting people know though, so I'm not upset about it."

However, Reilly does want people to become more aware of identities that differ from societal norms.

"There are many people who just don't know about identities different from the norm and many who refuse to accept it," Reilly told us. "This can be dangerous because there are many people out there who have malicious intent towards those who don't identify as cis-gendered."

Reilly also encourages fellow non-binary people to speak up when any misgendering occurs.

"I think my advice for other people who have been misgendered is that we have to speak up and not be complacent with the way society is," Reilly said.