Airbus created the AlbatrossONE, a remote-controlled small-scale aircraft with wingtips that can flap like a bird.

In accordance with its namesake, the AlbatrossONE was inspired by the albatross bird that has the ability to fly "over long distances with little fatigue," according to Airbus' news release about the AlbatrossONE's most recent test flight.

To imitate the flapping wings motion of a bird, Airbus added flapping "semi-aeroelastic" wingtips to the aircraft that engage when confronted with strong gusts of wind.

These hinged, flapping wingtips help reduce drag, therefore saving fuel and consequently decreasing carbon dioxide emissions. Efficiency is top of mind for aircraft manufacturers, as it's a key attribute airlines around the world are looking for as they hope to introduce longer routes around the world and jet fuel's expense and price variations continue to wreak havoc on the bottom line.

The AlbatrossONE isn't a newly unveiled concept jet. Airbus initially trialed ground-based tests throughout 2019 and completed the small-scale, wing-flapping aircraft's first test flight in late July of 2019 on a scaled-down Airbus A321. However, its most recent test this past July was the first time the aircraft completed a "gate-to-gate" test with wingtips that were 75% longer than the ones used in the initial flight test.

According to a statement from Tom Wilson, the semi-aeroelastic hinge project leader, the second test proved that the flapping wingtips decrease the wing load and tip stall, the latter during landing, while increasing the aircraft's roll rate. The wingtips unfold on the runway and are then locked at 10-degrees for take-off, approaching, and landing, according to Airbus' video about the AlbatrossONE's most recent run. 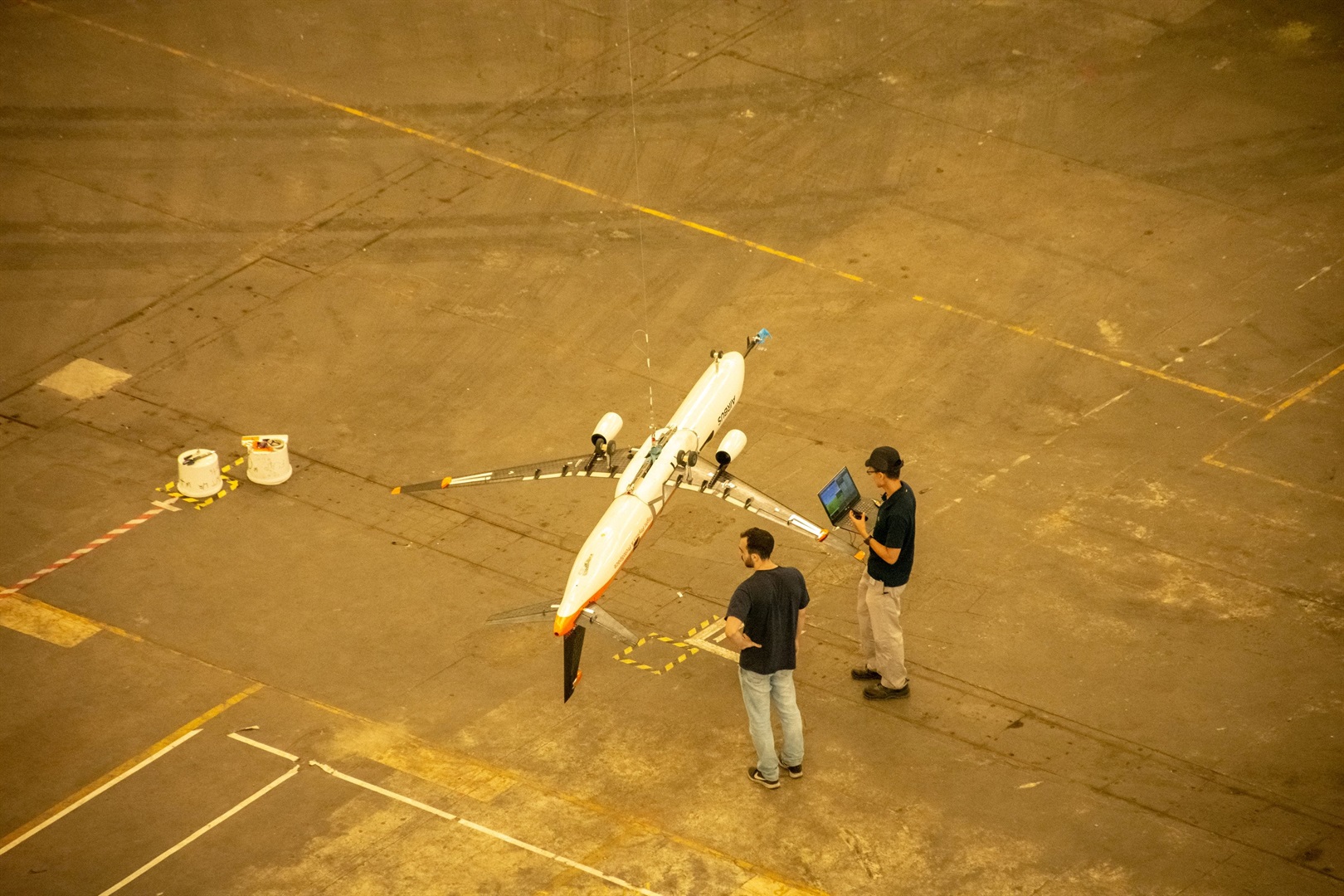 Before the aircraft fully departs from the ground, the wingtips unlock for "improved roll control," according to the YouTube video.

Upon taxiing and parking, the wingtips fold 90-degrees.

When there's serious turbulence or while the aircraft is being maneuvered, the wingtips can unlock and flap.

But for climbing and cruising, the wingtips are locked flat for drag reduction.

According to a statement from AlbatrossONE's chief engineer James Kirk, these wingtips alleviate some of the bending stress on the main wings, which means they can be made of fewer materials. This therefore reduces the overall weight of the aircraft.

Expanding the length of the wingtips doesn't impact the weight of the wing, according to its maker.

Consequently, the wingtip length can be increased another over 164 feet before the wing weight is impacted, according to its maker.

Due to the success of the small-scaled tests, Airbus will now be recreating the technology on a larger scale in an effort to prove that the hinged wingtips will be a "viable product," according to statements from Kirk and Wilson.