There are many things people love to complain about when it comes to flying, from exorbitant fees to invasive TSA practices to long lines. But the one thing people can undoubtedly agree on is that airplane food is terrible.

Or can they? Turns out, some people secretly love in-flight meals. AirAsia, a Malaysia-based low-cost carrier, banked on this fact when it opened Santan Restaurant and T&CO Cafe in Kuala Lumpur, Malaysia, in December 2019.

Now, there are 15 Santan restaurants in Malaysia, according to the Malay Mail. The restaurant has reportedly been doing so well during the pandemic that AirAsia announced a global expansion that aims to have 100 more of the eateries open around the world by the beginning of 2022.

Keep scrolling to see what the restaurant, which serves in-flight meals on the ground, is really like.

Named Santan Restaurant and T&CO Cafe, after a type of coconut milk frequently used in Malaysian cuisine, AirAsia's restaurant features a variety of dishes from the airline's in-flight menu. At the time of the restaurant's opening in December 2019, guests could order online or using these nifty touch-screen kiosks. The restaurant's general manager, Catherine Goh, said in a press release at the time: "We have seen a significant appetite for our in-flight menu offerings beyond our flights across the region and this is our answer to that demand." 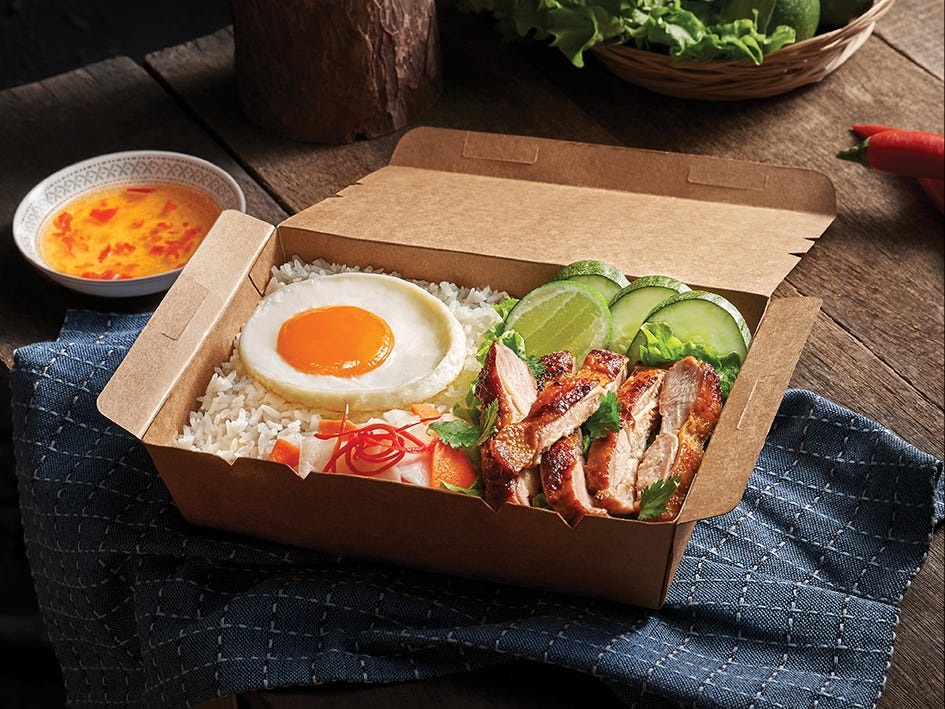 What a meal looks like on an AirAsia flight.
Miguel Candela/SOPA Images/Getty

Goh said that the Santan brand was introduced in 2015 as a gourmet in-flight dining experience (all meals cost extra), but that it is now "not just a brand, but a lifestyle." 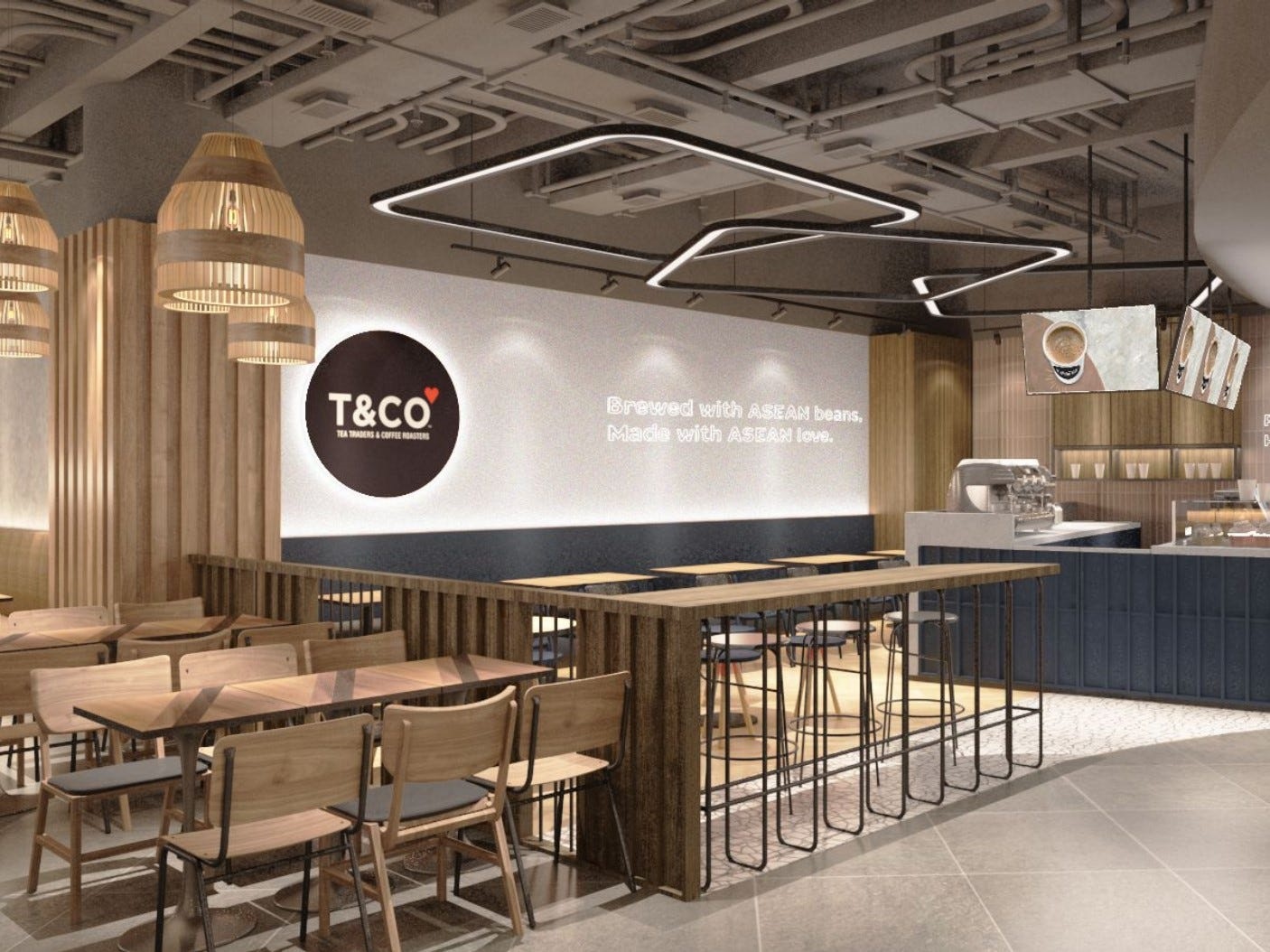 According to Reuters, 30% of the menu on the ground came from the airline's in-flight offerings, and that a team of chefs spent nine months coming up with the rest.

Beloved dishes from the in-flight menu include Thai basil chicken with rice ... 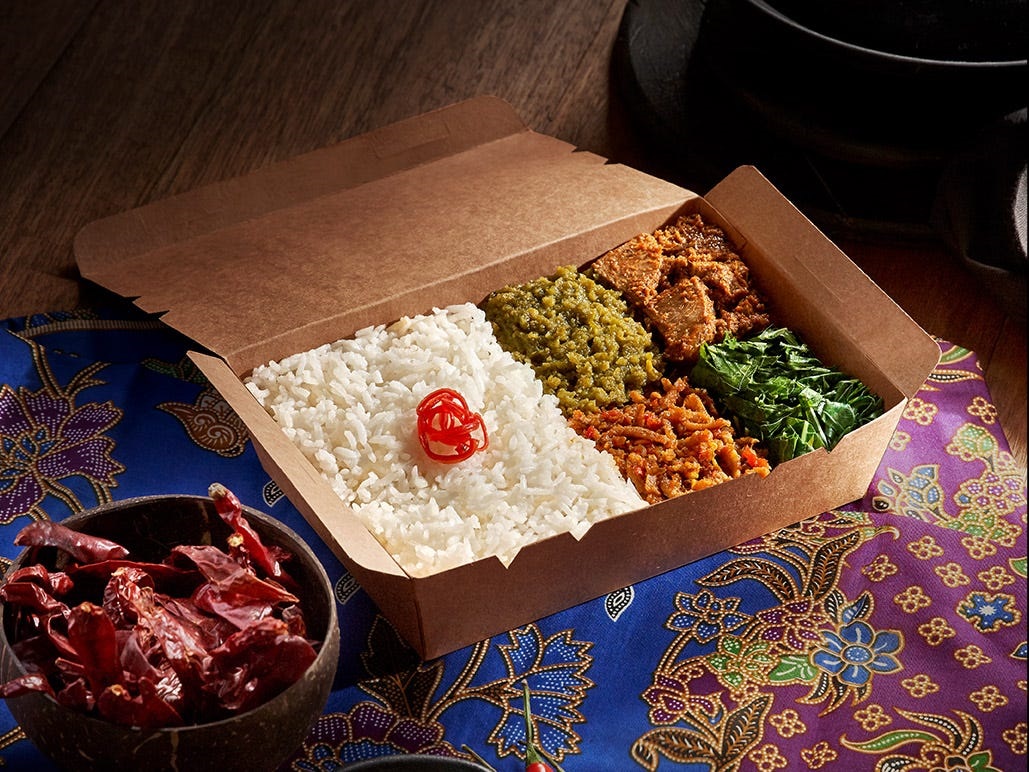 Santan's menu debuted a few items that weren't on the in-flight menu when it opened such as Cambodian pineapple fish fillet noodles ... 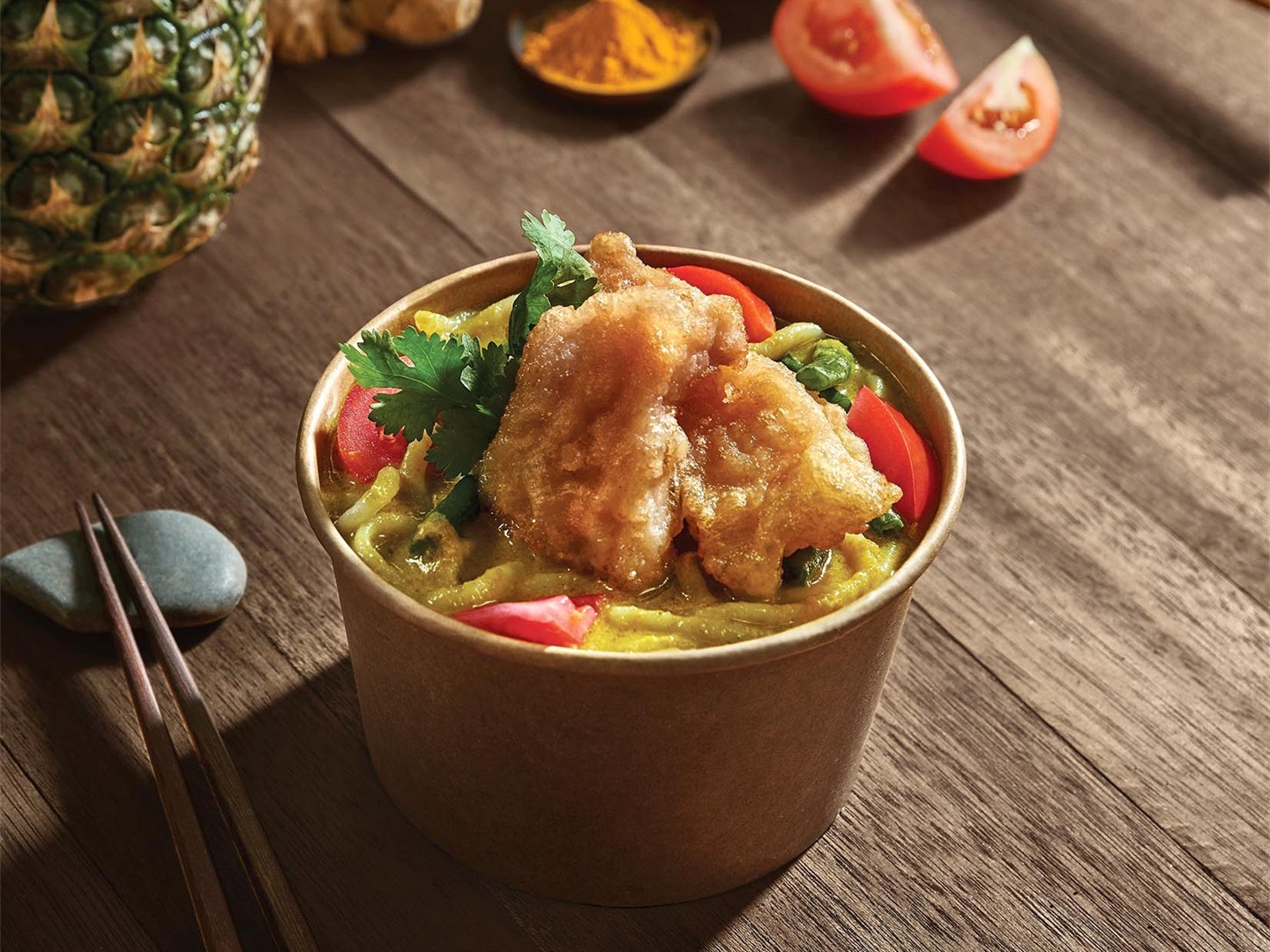 One obstacle Santan faced? That our taste buds change at altitude. Much like having a cold, our senses are dulled, rendering food bland-tasting.

Goh said at the time that Santan adapted recipes accordingly "to ensure that meals taste as good on the ground as they do in the sky". The restaurant serves bigger portions than those offered in-flight, but for a similar price. Meals cost around between $3 and $4 when purchased with a drink. Combo meals include drinks, such as coconut water.
Courtesy of AirAsia

At the time of writing, there are 15 Santan restaurants in Malaysia, which have been doing well during the pandemic, according to a press release from AirAsia. This location had 4.6 stars on Google at the time of writing.
Google Maps

In October, AirAsia announced a global expansion that aims to have 100 more of the eateries open around the world by the beginning of 2022, with an eye on China and the UK to start.