A Tanzania jet worth R1.4 billion and closely associated with its ruling party is locked down at OR Tambo – and a lawyer says it is going nowhere 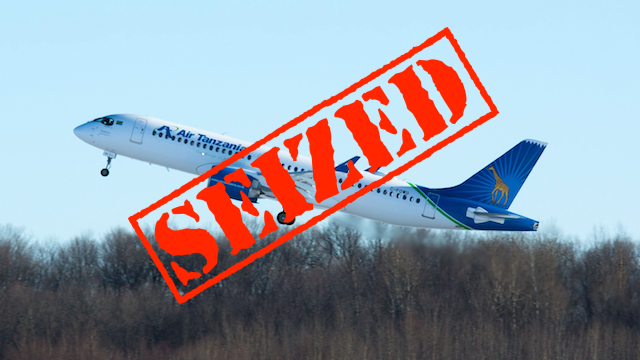 A significant fraction of the national air fleet of Tanzania will remain stuck at OR Tambo International airport in Johannesburg until the government of that country steps up, says a South African lawyer.

"If we have to auction it we certainly will," Roger Wakefield, a specialist in cross-border disputes at Werksmans Attorneys, told Business Insider South Africa on Monday.

But, though Tanzania "has not yet been in touch", the plane could be released as soon as its government puts up some other form of security before what may be a complicated court battle in South Africa.

"It will remain under attachment until they pay the debt or put up security for the claim," said Wakefield.

Wakefield represents a former Tanzanian farmer whose property was seized by its government in the 1980s, and now says he is owed the equivalent of more than R500 million under long-settled international arbitration.

The Air Tanzania Airbus A220-300 Wakefield had seized is worth some R1.4 billion. It represents around a fifth of the total seated capacity the airline currently lists in its fleet of five planes.

It is also a central part of the fleet Air Tanzania has been building up after the government that wholly owns it pledged to revitalise the company that, in one of its iterations, was part-owned by South African Airways.

Wakefield would not directly identify his client, citing fears for safety, but said he is resident in neither South Africa nor Tanzania.

In the 1980s, Wakefield says, the farmer was incarcerated for nine months while his massive farm operation was seized by the Tanzanian government, down to his household goods. The government of Tanzania later agreed to compensate him, and an agreement to that effect was made formal under international arbitration rules, but Tanzania fell behind in its payments.

Under South African law, such international arbitration awards can be enforced locally as long as assets of value can be seized.

Air Tanzania restarted flights to Johannesburg in June – using planes directly owned by the government, reportedly in order to prevent those aircraft from being seized due to unpaid debt owed by Air Tanzania.

The plane, with tail number 5H-TCH, had been due to depart OR Tambo on Friday, but was halted by a high-court interdict, which currently forbids air traffic control in Johannesburg to give it permission to depart.

The plane became the first A220 to be operated by an African airline when it was delivered shortly before Christmas. It carries the slogan "Hapa Kazi Tu" (literally "just work" or "hard work matters most") – which was the slogan of the ruling party of Tanzanian President John Magufuli in 2015 elections.

No officials were available at the Tanzanian high commission in South Africa on Monday, and calls to Air Tanzania were not answered.