After failing to get a loan and using her last paycheck to start her firm, this entrepreneur just won a major contract 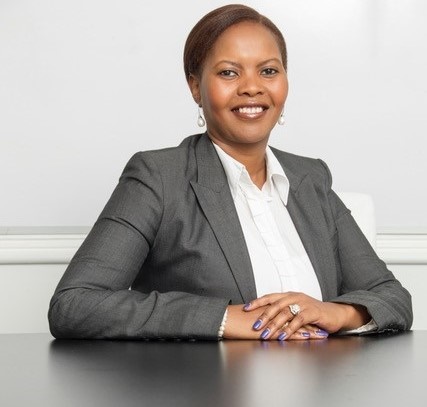 Tshepiso Sello laughs when she thinks back to the beginnings of her communications business, Known Associates, in 2014.

The company is a below the line agency that produces and directs projects in the communication and experiential and relationship marketing industry locally and internationally.

"It has been interesting," she tells Business Insider South Africa.

"When I started I didn't have money because no bank will give you money when you are a start-up".

Adamant to realise her dream, Sello took her last salary from The Bomb Shelter Film Company and bought office supplies.

"When I was done, I remember sitting in my new office thinking to myself: now what?

Today, she has bagged the biggest contract of her life, which she hopes will take her company to new heights that can set her on equal footing with the best.

Sello has always had a passion for young people and constantly thinks of various ways to empower them. This includes working with various community dance companies to help give their students platforms on which they can get recognition.

It is with this reason that, upon getting the Chevron South Africa account, involved the youth in forecourt activation for the petroleum company, Caltex. This is after she received and unsecured, interest-free funding from Chevron's Enterprise and Supplier Development funding.

Funding which she feels, finally, gives her the competitive edge to show what she has to offer.

Sello first cut her teeth in the marketing world after she landed her first job working for the North Sea Jazz Festival, now know as the Cape Town International Jazz Festival.

She had just graduated from the University of Cape Town with a Bachelor degree in Politic, Philosophy and Economics.

"I thought I was going to be an economist," she says. But after realising that she had no job prospects upon graduating, she camped outside the festival's offices demanding they give her a job or else she won't leave.

Growing up in Katlehong, in Johannesburg's East Rand, Sello was already exposed to jazz music through her grandfather and as a result, fell in love with it from an early age.

She worked for the festival for 5 years where, in those years, worked among other countries, Netherlands and had drinks with the legendary George Benson on her 21st birthday.

"He wrote a song for me called "Tshepiso" and sang it to me."

In 2008 she decided to return to Johannesburg and worked for production company, The Bomb Shelter, famous for shows like Isibaya and Yizo Yizo.

Despite her humble beginnings, Sello now boast a compliment of 9 permanent staff, and thanks to the contract, 100 young freelancers she is able to give job opportunities to when they arise.