The "Afghan Girl" with piercing green eyes who gained worldwide recognition after appearing on the cover of a 1985 National Geographic has fled her home country and arrived in Rome.

The Italian government said in a statement on Thursday that the move was "part of the wider evacuation programme in place for Afghan citizens" since the Taliban gained control of Afghanistan. CNN reported that she has been granted refugee status by Italy's Prime Minister Mario Draghi.

The girl, Sharbat Gula, now 49, was photographed in a Pakistani refugee camp during the Soviet occupation of Afghanistan in 1984.

At the time, Gula was roughly 12 years old, and sitting in a tent being used as a classroom. After her picture was taken, she grew up, left the refugee camp in the early 1990s, started a family, and remained largely anonymous until the American photographer who took her photo, Steve McCurry, tracked her down again in 2002.

McCurry told NPR then that Gula had led a "relatively peaceful" and "traditional Pashtun" life. Photographer Steve McCurry in October 2016. In the background is one of his most famous pictures of an Afghan girl.
Felix Hörhager/picture alliance via Getty Images

But then, in 2016, Gula was deported from Pakistan to Afghanistan after she was accused of buying a fake Pakistani ID card. At the time, Afghan President Ashraf Ghani welcomed her back to the country and promised to house her in a furnished apartment.

"I've said repeatedly, and I like to repeat it again, that our country is incomplete until we absorb all of our refugees," Ghani said at the time, the Guardian reported.

Five years later, it was Ghani himself who fled Afghanistan, as the Taliban took control of the country in August. 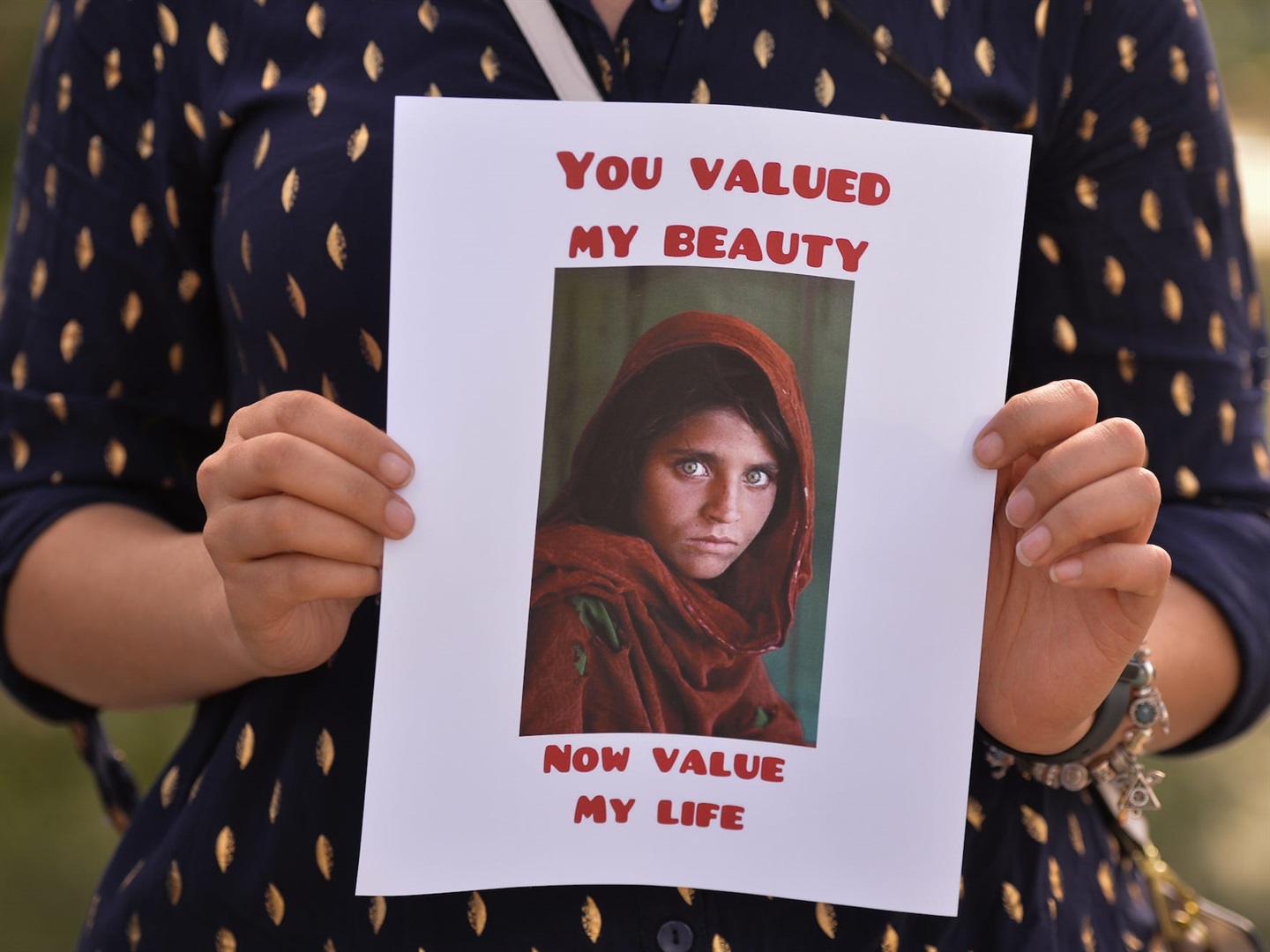 McCurry told NPR the photo of Gula is one that people tend to come back to "over and over again."

"I think part of the chord that it struck in people all over the world is this combination of a young girl who's very pretty, yet there seems to be something troubling about her," he said. "There's a dignity, there's a fortitude, there's a lot of different levels."