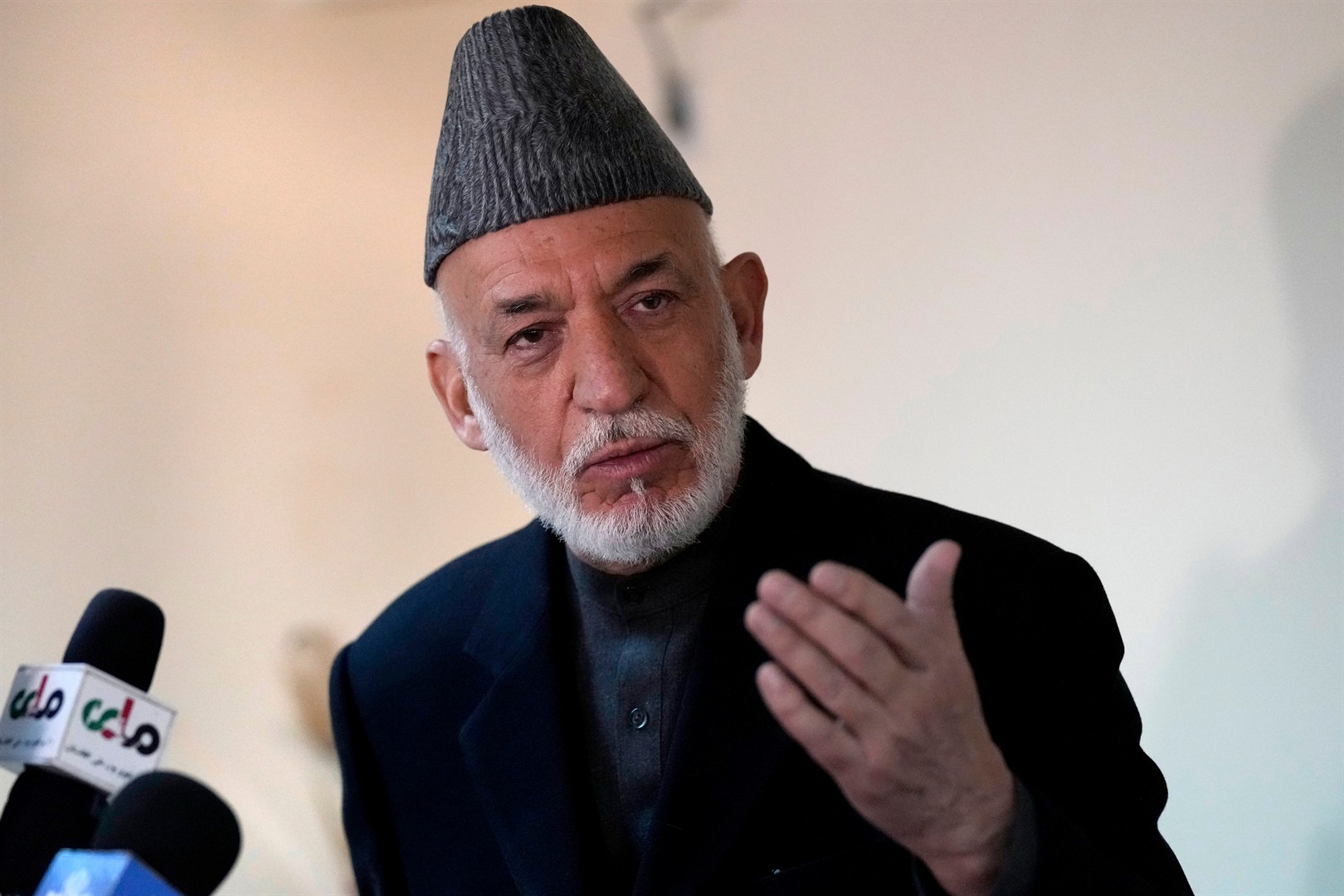 Afghanistan's former president Hamid Karzai urged the US to reverse its decision to use $3.5 billion (R52 billion) in seized Afghan assets to settle claims for the families of victims of the 9/11 terror attacks, saying the money belongs to the Afghan people.

"We commiserate with them [but] Afghan people are as much victims as those families who lost their lives," he said.

Karzai added that withholding the money from Afghanistan's people was "unjust and unfair" and called the move "an atrocity," per the AP.

President Joe Biden signed an executive order on Friday to unlock $7 billion (R105 billion) of Afghanistan's central bank funds, which had been frozen in New York's Federal Reserve since the Taliban's takeover of the nation in August.

The White House is looking to send half that sum to humanitarian aid groups in Afghanistan via a trust, while the other half is to remain in the US  so it can be legally pursued by relatives of 9/11 victims, according to The New York Times.

Karzai asked the US courts to "return the Afghan money back to the Afghan people," the AP reported. He said the entire sum should be returned to Afghanistan's central bank, adding that the funds for humanitarian aid shouldn't have to go through international organisations.

"You give us our own money so that it can be spent for those foreigners who come here, to pay their salaries, to give it to [non-governmental organizations]," Karzai said, per the AP.

For months, the Taliban have attempted to access the frozen funds, warning that Afghanistan's economy is on the brink of collapse and that Afghan banks have run out of physical currency.

In January, the United Nations launched an appeal to raise $5 billion (R75 billion) for humanitarian relief in Afghanistan — its largest-ever request for a single country. According to the UN's humanitarian agencies, half of the population in Afghanistan faces potential famine, while over nine million people have lost their homes. Millions of children in the country have also been left without access to education.

Biden's executive order has been met with anger from Afghans and has raised concerns among some NGOs. Protestors gathered in the Afghan capital of Kabul over the weekend to condemn the decision, accusing the US of being cruel and stealing from their country, the AP reported.

"Directing $3.5 billion (R52 billion) to humanitarian assistance for Afghans may sound generous, but it should be remembered that the entire $7 billion (R105 billion) already legally belonged to the Afghan people," John Sifton, Asia Advocacy Director for the Human Rights Watch, wrote on Friday.

"And yet, even if the US gave it to a humanitarian trust fund, current restrictions on Afghanistan's banking sector make it virtually impossible to send or spend the money inside the country," Sifton continued.