The company, founded in 2016, created the Redwood King as its first-ever build for co-founder Brandon Nelson, who wanted to find an alternative home to offset the Bay Area's expensive living prices. The tiny home mitigated the high costs and is equipped with all-terrain tires, allowing the van and its owner to travel around the country.

The Redwood King has a unique feature: the interior is adorned with real Redwood tree wood that was 300-years-old before it was harvested, according to its maker. This unique wood detailing can be seen all throughout the campervan.

The base build of Advanture's camper vans start at $36,000 (about R520,000) and includes an interior package, LED lights, a wheel hub box covers, a bed set up, colour options, and a roof ventilation system. Any upgrades, such as heating and showering options, will cost more. Advanture normally takes three months to complete the builds.

Keep scrolling to see more of the Redwood King and it's sleek interior:

"I got a van initially so I could mitigate the cost of living in the Bay Area," Brandon Nelson said in a video with Van Talk. He originally gutted the van and only had a mattress inside while utilising his former office's amenities for general living needs, such as food and showering, prior to fully converting the van, Nelson said in a YouTube video with Van Talk. Nelson now does video editing on the road. The van has a 144-inch wheelbase and a high top, along with all-terrain tires. The owner claims the four-cylinder engine in the vehicle has "incredible MPG," and enables it to go "virtually anywhere." 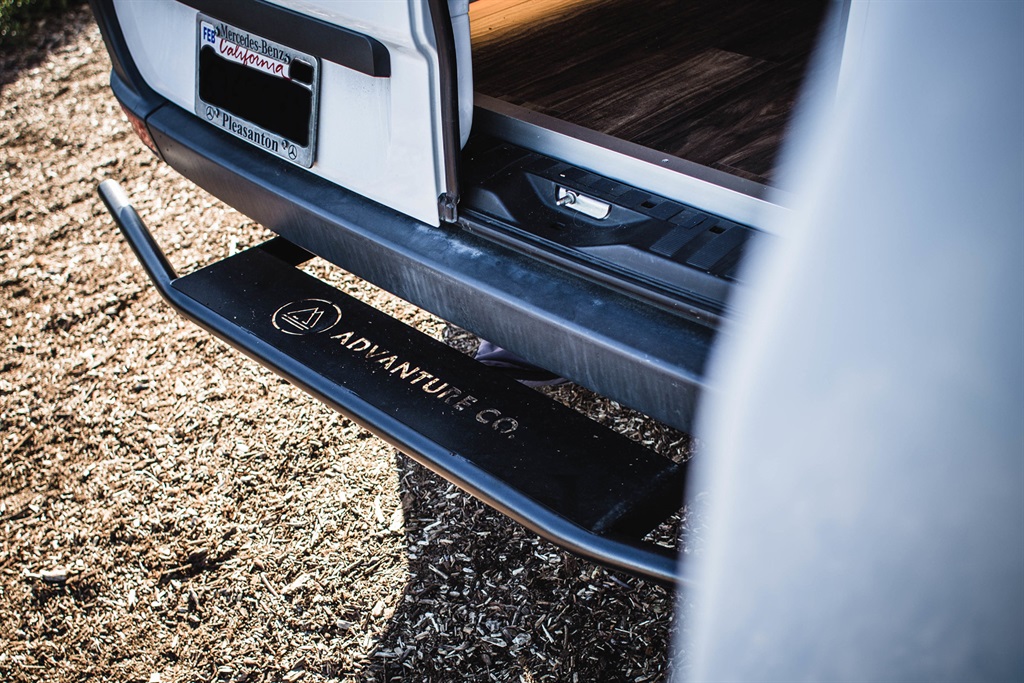 Redwood King’s cabinets and countertop are made of reclaimed Redwood tree wood from the same tree that was 300-years-old when harvested. The tree was harvested over 100 years ago. 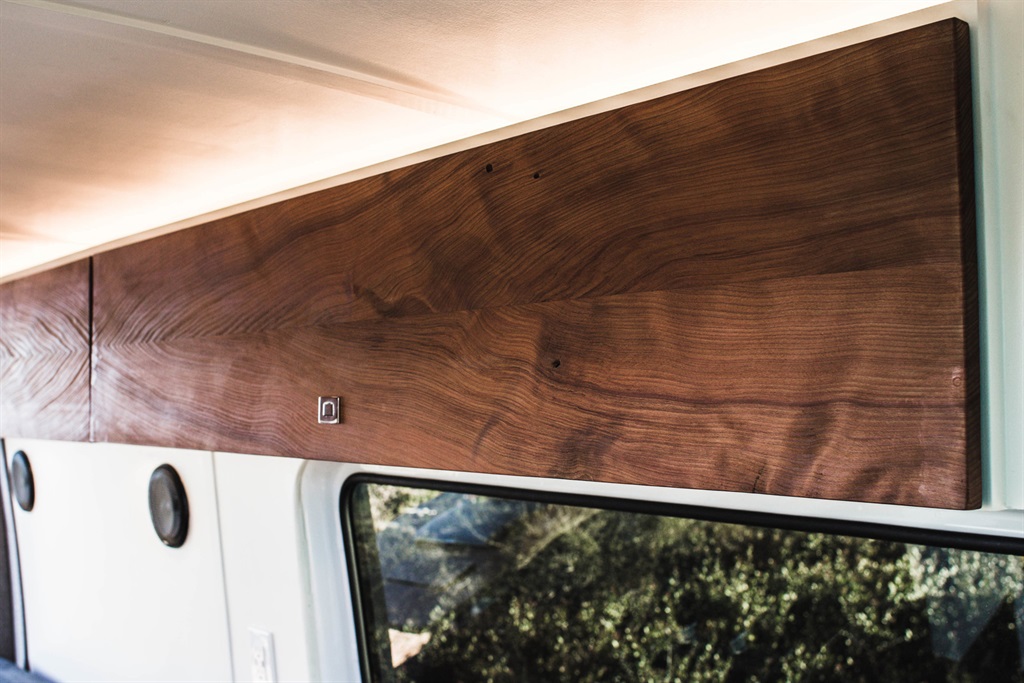 “You will not find another converted van out there with this caliber of historical significance and design,” Advanture wrote. Custom components of the van include the cabinets, redwood finishes, and upholstery. The appliances are all stainless steel… ...and there’s a propane stovetop in the kitchen. The kitchen also has a mini-refrigerator. Plumbing capabilities extend to the sink and outdoor shower. Redwood King's dinette doubles as a workspace and gaming area for entertainment. The dinette area can convert into a bed... ...which is a Tempur-Pedic mattress with suede pillow cushions. There is a surround sound system… ...and a 4K 22-inch flat-screen television monitor that can be synced with a Mac or PC. The heating system is diesel-powered. The van runs in part on two 100-watt solar panels. There are two marine-grade batteries… ...and a converter and battery pack by Yeti.