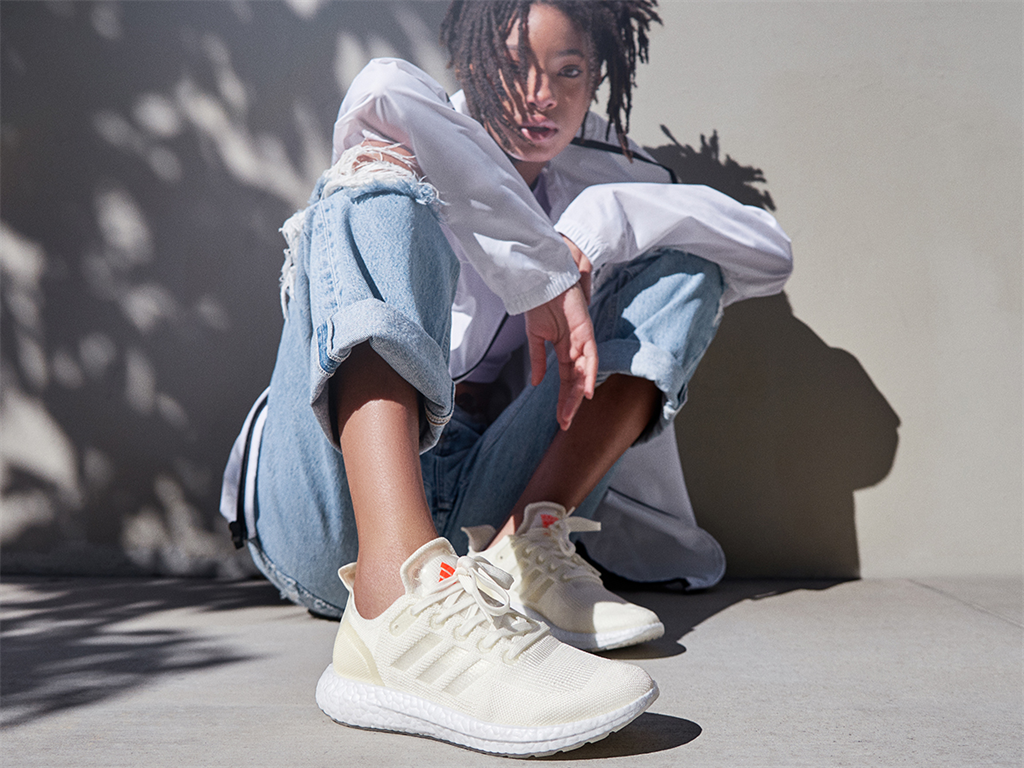 The Futurecraft Loop is 100% recyclable.
Adidas
Adidas is closing the loop on the production process.

On Wednesday, the sports giant revealed a new shoe called the Futurecraft Loop. The shoe is designed to be the first 100% recyclable shoe ever created for the mass market.

Read: This new Adidas sneaker was created by a South African company

"What happens to your shoes after you've worn them out?" Eric Liedtke, the executive board member at Adidas responsible for global brands, said in a statement.

"You throw them away - except there is no away. There are only landfills and incinerators and ultimately an atmosphere choked with excess carbon, or oceans filled with plastic waste. The next step is to end the concept of 'waste' entirely. Our dream is that you can keep wearing the same shoes over and over again."

The sneakers, which in styling resemble Adidas' more traditional offerings, like the UltraBoost, are made to be purchased, used, worn out, and then returned to Adidas. The company will then break down the materials, turning them not into goods like a tote bag or a water bottle, but into more high-performance footwear. Since the shoes are made completely of one material, thermoplastic polyurethane, they can be washed, ground into pellets, and then melted down to create the yarn that is used to knit the upper part of a shoe. Adidas says absolutely zero waste is created as this is done. In effect, this closes the production "loop," hence the name of the shoe.

Adidas is currently beta-testing the Loop with influencers and athletes. It will likely be the first shoe capable of being recycled in this way to hit the mass market, which Adidas is aiming to be in the spring or summer of 2021.

The process is enabled via Adidas' automated Speedfactories in Germany and Atlanta, Georgia in US. Adidas has made creating more sustainable footwear a major focus, partnering with Parley to turn plastic harvested from the oceans into materials for making sneakers. Adidas says it will manufacture 11 million pairs of shoes using the plastic in 2019.