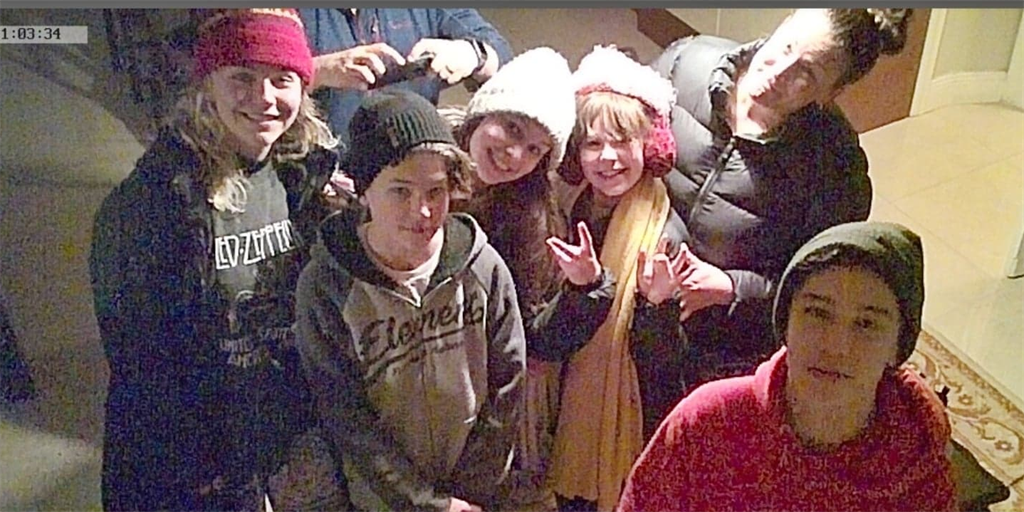 The Barker family took this screenshot after discovering the camera.
(Nealie Barker/Facebook)

A family from New Zealand vacationing in Ireland discovered they were being secretly filmed by a camera hidden in a smoke detector after the father tried to connect to their Airbnb's WiFi network.

Nealie Barker told the Kiwi outlet Stuff.co.nz that she was vacationing in Cork with her husband and five children in March when the discovered the hidden camera.

Her partner Andrew, who is an IT consultant, noticed a device called "IP camera" when he was trying to connect his phone to the WiFi network at the accommodation, she said.

"He scanned that device's ports and found the live video feed. We were all watching ourselves on his mobile phone," Nealie Barker told Stuff.co.nz.

She said she felt "that horrible adrenaline rush you get when you sense danger" when they found the secret camera monitoring the living room, as well as the dining and kitchen area. The secret camera was hidden in the smoke alarm.
(Nealie Barker/Facebook)

Barker told Sky News that her children were immediately frightened after they realised the host could be watching them: "We looked at one another mortified as the realisation of the situation sunk in."

The family immediately decided to stay at a nearby hotel even though it was late at night, she told Stuff.co.nz.

In a Facebook post, Nealie Barker said she presented "irrefutable proof" to the Airbnb host who admitted to the concealed camera's existence over the phone.

Barker said that her complaint to Airbnb's safety team proved unsuccessful although she provided photos and snapshots of the video stream.

The host was exonerated, and the listing, which did not mention the hidden camera, was still online at the time she wrote the social media post.

It was only when Nealie Barker publicised the ordeal on Facebook several weeks after the initial complaint that Airbnb issued an apology, she said.

The company's spokesperson told Sky News: "We have permanently removed this bad actor from our platform."

"Our original handling of this incident did not meet the high standards we set for ourselves, and we have apologized to the family and fully refunded their stay," he added.

On Facebook, Barker said she and her family "are avid Airbnb users" that love the platform.

However, she told stuff.co.nz that vacationers should be vigilant when they stay at other people's properties. She added that she believes Airbnb should be legally obliged to warn previous guests if there is a chance they were secretly recorded.

"This protects guests and also gives reassurance to the many great hosts that their livelihood is being protected by weeding out the bad hosts," she said.