The trials and tribulations of Gwyneth Paltrow's lifestyle brand, Goop, have been well-documented.

Just this month, Paltrow's company made headlines for settling a $145,000 (R2m) lawsuit over claims that its vaginal eggs could balance hormones, admitting that some of its magazine's outlandish health advice may not work, and for selling $30 repellent for "psychic vampires."

Despite the controversies, Goop seems to be going from strength to strength. A source recently told The New York Times that the company was worth $250 million and they just opened a pop-up in London's affluent Notting Hill.

With the lure of vaginal eggs and vampire repellent impossible to resist, Business Insider's London bureau decided to drop in on Goop's new outpost to check out it's most outrageous wares.

Scroll down to see what we found.

Goop's London pop-up is located on Westbourne Grove in leafy, affluent Notting Hill — a neighbourhood made famous by Hugh Grant and Julia Roberts. It will be open until January 24, 2019. I was immediately drawn to a bright turquoise box encasing an indefinable gadget. Closer examination revealed that the gadget was a pelvic floor trainer retailing at £169. Apparently, the device is inserted like a tampon and can improve bladder control and orgasms, according to the Goop website.

I almost missed the oil that the pelvic trainer was placed next to, which turned out to be designed for pubic hair. Made with grapeseed and jojoba oils, Fur is "for those who prefer to go au naturel in the bikini area," according to the website. Above the pubic oil and pelvic trainers was a collection of water bottles with a notable addition - an obelisk-like amethyst crystal rising from the bottom like a luminous stalagmite.

For those unsatisfied by regular water, Goop's amethyst bottles claim to infuse your water with positive energy and even "enhance existing psychic abilities." Paltrow's company was forced to pay a $145,000 civil penalty after claiming the eggs could balance hormones. They didn't stop selling them, though, which now attest to enhancing sexual energy and positivity.

For bonus points, "burn sage around the egg to clear the energy," the place card in the photo read.

These eggs are rechargeable - just place in the light of a full moon, obviously. 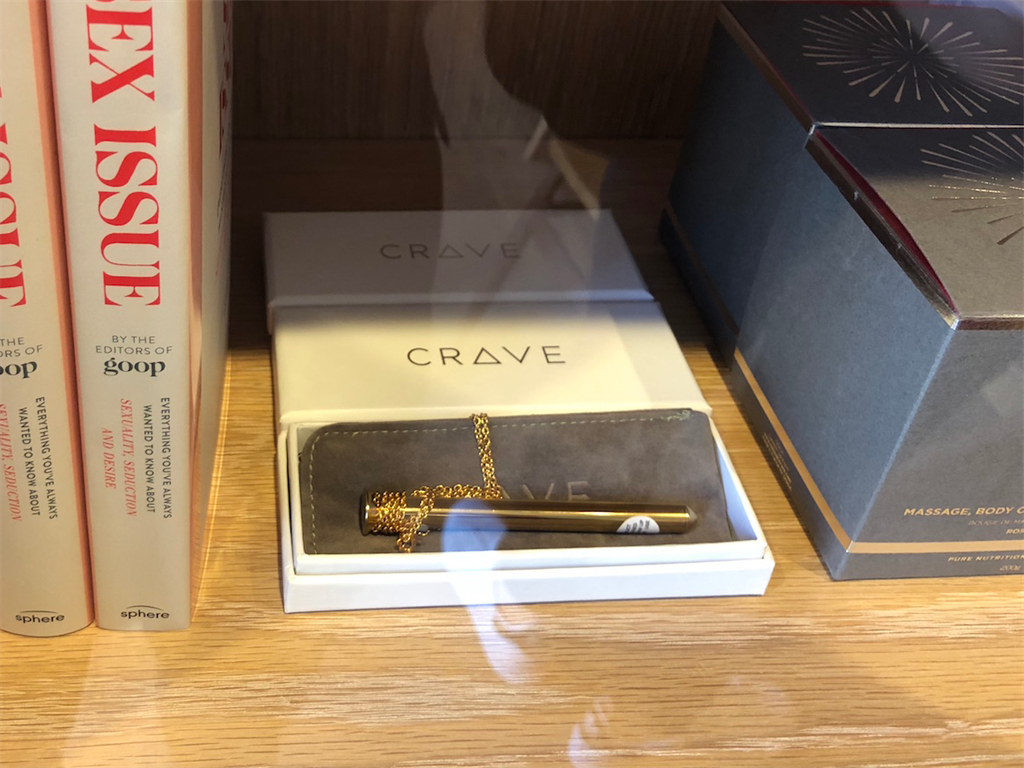 You'll never be caught short again with this "discreet," 24-karat gold-plated necklace, which doubles up as a sex toy.

It's even USB-rechargeable - probably best not to plug in at work, though. 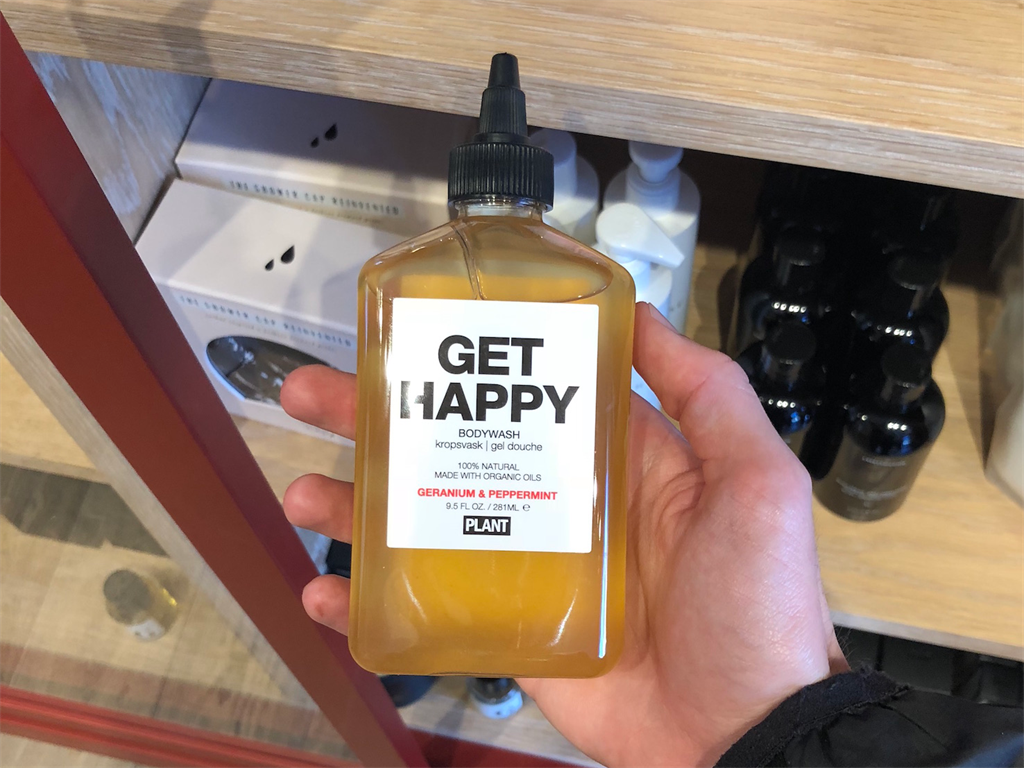 Do you wish there was a grooming product that would just make you happy?

Luckily, Goop has the product for you!

Get Happy bodywash claims to contain essential oils known to uplift your mood. We're not entirely sure what organic geranium and peppermint have to do with one's outlook on life, but for just £20, it's the cheapest thing in this list. 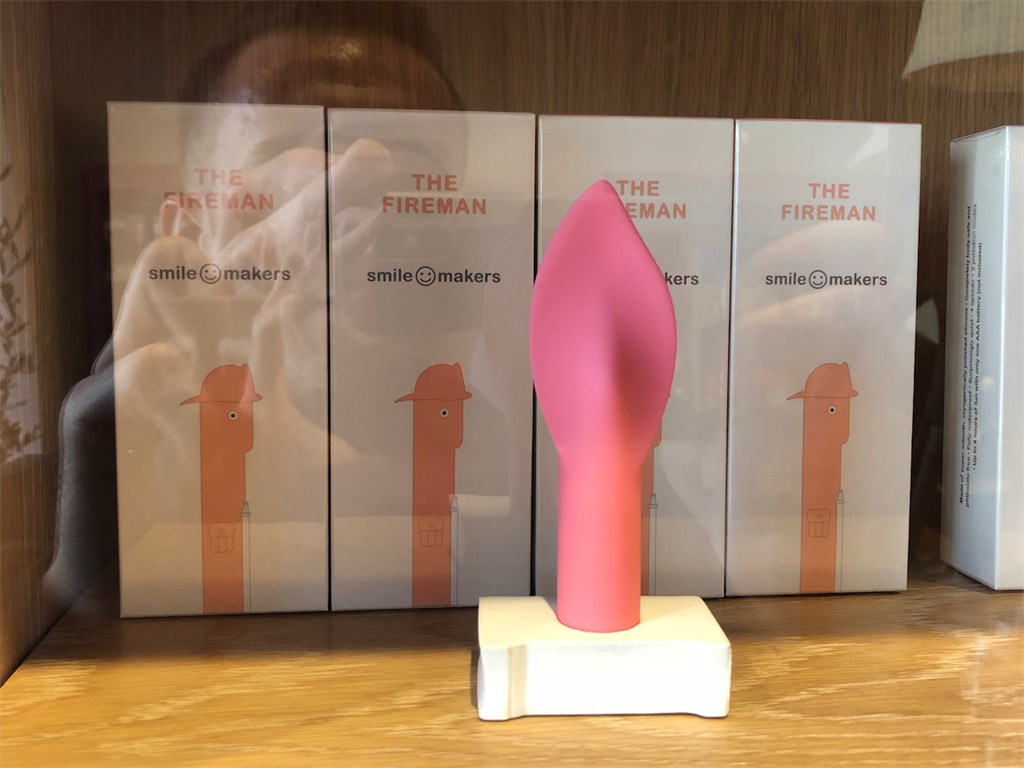 The Fireman boasts 4 hours (!) of use with just one AAA battery (not included). 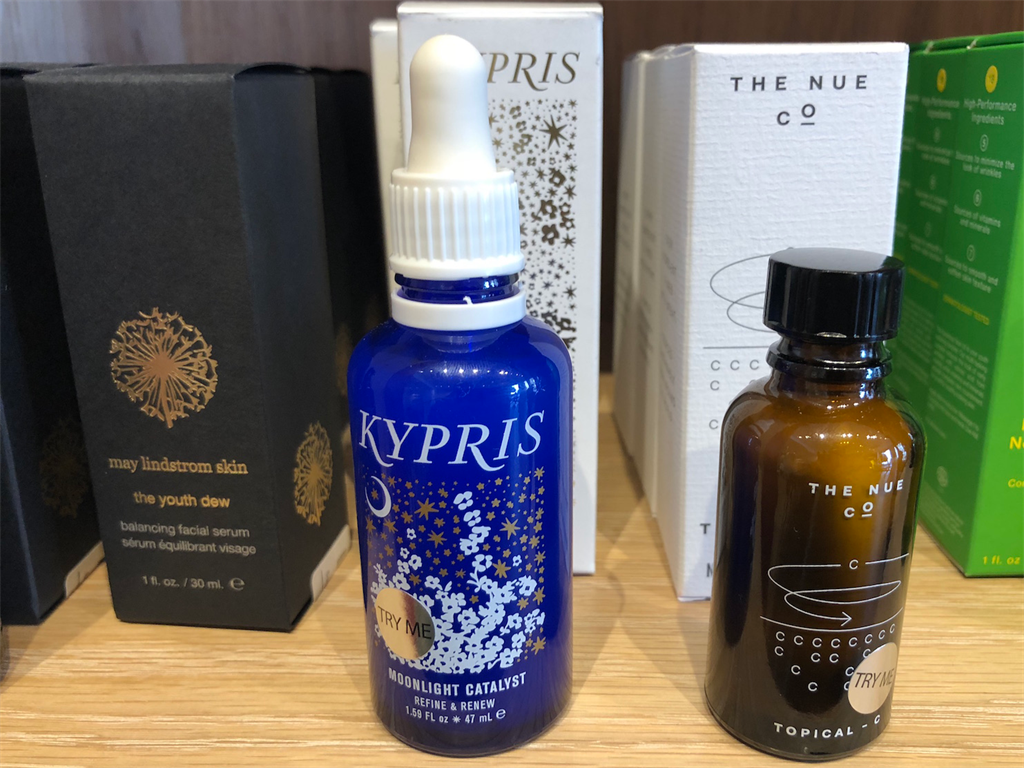 "Some things are best done under the moon and stars," according to the description on the bottle of KYPRIS Moonlight Catalyst.

This "miracle serum" is billed as an herbal alternative to retinoid treatments, using pumpkin enzymes, Hawaiian sea algae, and more to refine your complexion.

It goes without saying that a few drops of this stuff should only be applied after sunset. Why? Well, we're not actually sure.

The bottle's directions recommend use with KYPRIS Beauty Elixir - £215 - for best results. At £2/sachet these mushroom-based elixir powders don't come cheap - but then, nothing seems to at Goop.

Each type claims to have different effects, from supporting concentration to calming the mind.

Just mix with a cup of hot water, tea, or coffee.

Goop isn't just about pubic oils and crystals, though — downstairs, one can find an array of clothing from designers like Victoria Beckham and Stella McCartney. I was disappointed not to find any vampire repellent. However, if there's one thing we've come to learn about Paltrow's wellness brand, it's that surprising new products are always just around the corner.