A young boy sells newspaper in the streets of Dhaka, Bangladesh at 8 a.m.
Pascal Mannaerts
Belgian photographer Pascal Mannaerts has been travelling the world for more than 10 years in an attempt to "portray humanity in its strongest forms" across Asia, Africa, Latin America, North Africa, and the Middle East.

He told INSIDER: "When I started to travel around the world and take pictures, I quickly noticed that I loved to wake up very early to discover a new place. It's about the amazing morning light, about the feeling to start another day in an unknown place, with an open and totally fresh mind."

He added that the early morning is the "perfect moment to feel the vibe of any new place I discovered" - so he started getting up early on every trip, a habit which ultimately inspired his "8AM around the world" photo series.

"Over the years, I have collected a whole series of photos of daily gestures, rituals, landscapes, taken around the world around 8 a.m.," he said. "It was amazing to see how lifestyles, moods, daily activities can be different from one place to another... I also feel a strong sense of spontaneity and an even greater closeness to people, early in the day, before the daily activities takes everyone into his or her own universe."

Mannaerts, who posts some of his work to his Instagram account @pascalmannaerts, shared some images from the series with INSIDER. Scroll down to see what 8AM looks like in cities and towns around the world.

Varanasi, India, 2008 — "At that time, every day, Hindus bathe or do their ritual ablutions," Mannaerts said. "Hundreds of pilgrims from all over India come to the city and arrive every day at that time on the banks of the 'promised' river that they have often travelled so long for. It’s a human tide and ocean of beauty and colour everywhere. I just love it. A perfect time and occasion to take a deep breath, make your eyes wide open and realise once again how blessed you are to travel and discover the world." "I will always keep the sunrise and early morning on the banks of the Ganges in Varanasi, in India, among my best and unforgettable travel memories," he added. "I was in Varanasi in 2000 for the very first time. I've gone back there more than 10 times since then, and I feel the same magic every time I am there.

"Imagine yourself at dawn, lost in a maze of alleys, almost a chiaroscuro from a medieval city. Mysterious silhouettes walk all in the same direction. Sounds of bells ring out in the distance, the sacred Ganges is somewhere below. A powerful feeling permeates your mind as you realise that you are in the holiest of all Hindu cities: Varanasi."

Kyaiktiyo, Myanmar, 2014: A young man enjoys his first coffee in a restaurant. Mopti, Mali, 2007: A morning breakdown causes a stir in the streets. U-Bein Bridge, Myanmar, 2014: "The U-Bein Bridge is located on Taungthaman Lake, near Amarapura. Built in 1849, it is the longest wooden bridge in the world. Every morning, hundreds of people use it to reach their daily activities." Srimangal, Bangladesh, 2014: "In Srimangal, I meet Mahmud. I see him every morning playing with his grandson. 'It’s my way to start the day,' he said. 'After that, I find the energy that I need, and it burns all day long.'" Chinguetti, Mauritania, 2007: "Chinguetti is one of the historic cities of the desert in Mauritania. Located on the trans-Saharan caravan route, it was famous for its architecture, its trade, and cultural influence. Today, the city has been largely abandoned by its inhabitants. Its homes are invaded by the sand due to the advance of the desert." Mandalay, Myanmar, 2014: Monks collect rice in the streets of Mandalay. "The morning alms-giving practice is a living Buddhist tradition allowing Buddhist people to practice their faith and gain merits for the afterlife." 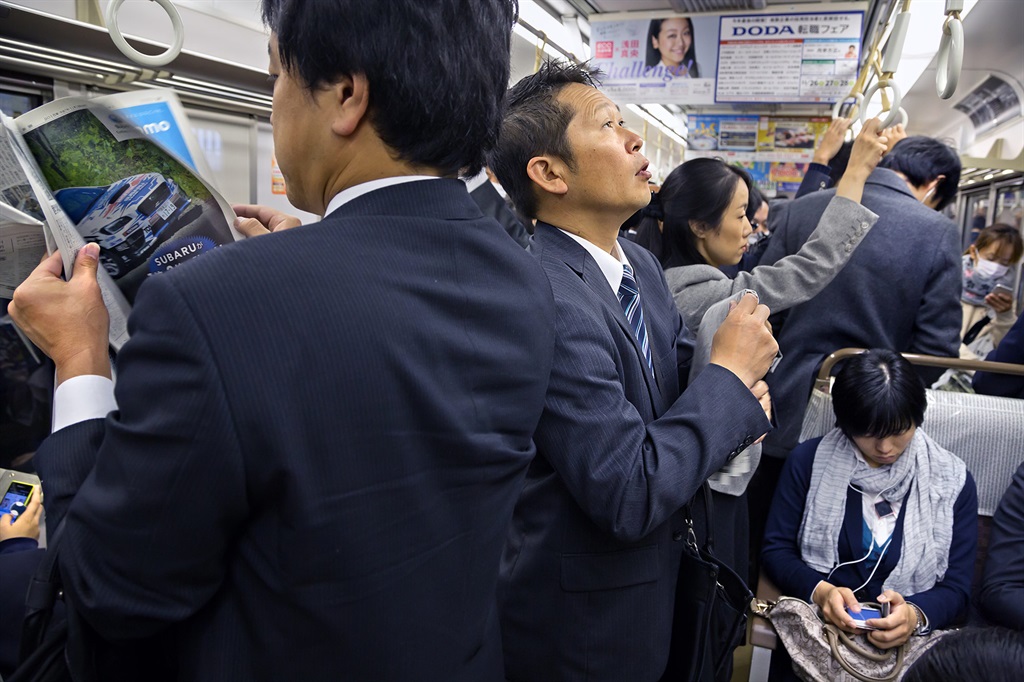 Yazd, Iran, 2015: "The Jameh Mosque, in Yazd, is a beautiful example of Persian Islamic architecture and dates back almost a thousand years. It has the highest minarets in the country." 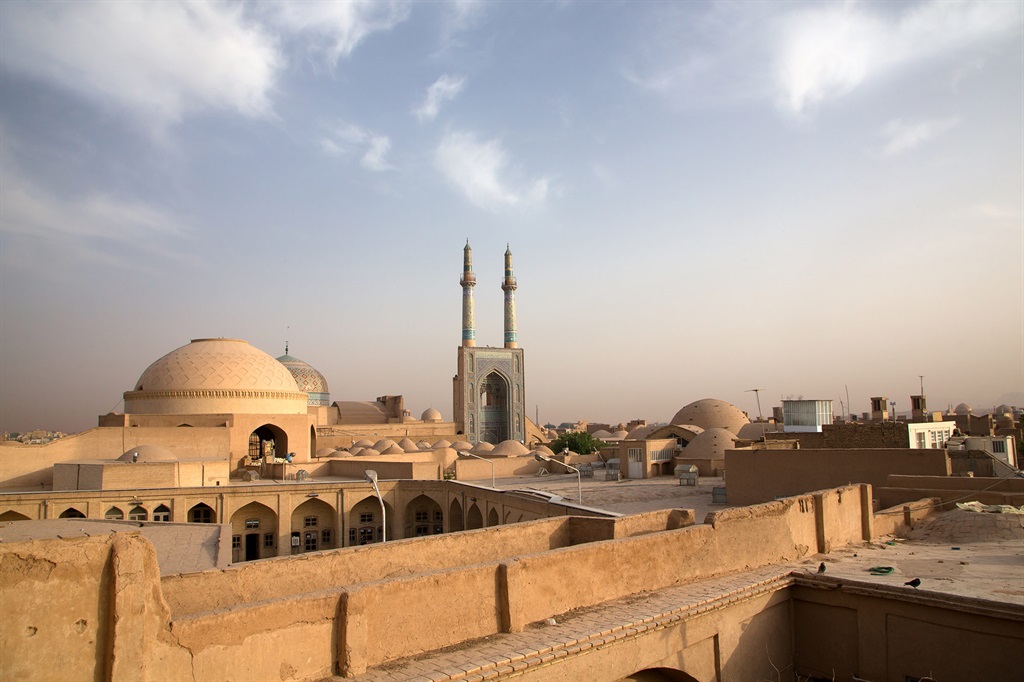 Gobi Desert, Mongolia, 2014: A young boy starts his day in the desert. Vrindavan, India, 2014: Here, "Gayatri is making puja at Meera Sahbhagni ashram in Vrindavan," according to Mannaerts. Tirelli, Mali, 2007: "A Dogon lady goes to the well in Tirelli, to get water for the day. This painful work is always done by women." Jaisalmer, India, 2008: A man visits the barber’s in the early morning in Jaisalmer, "under the watchful eye of Shiva." 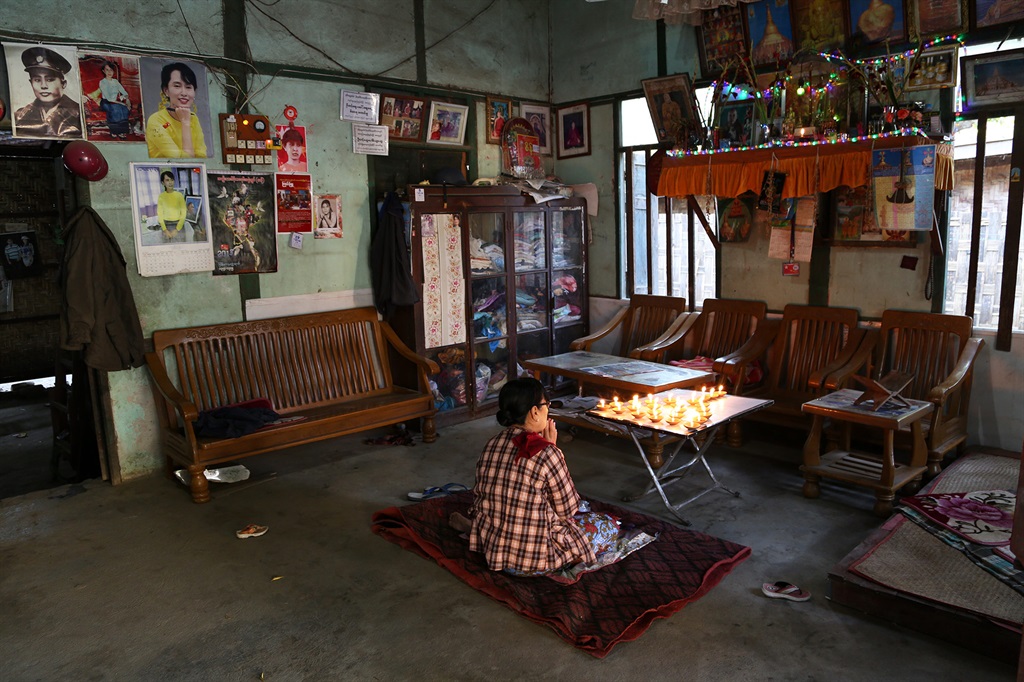 Jaisalmer, India, 2008: It's time for the first chaï of the day for this young man. Gorom-Gorom Market, Burkina Faso, 2009: A child and two women gather in the crowd at the market in the Sahel region. Kathmandu, Nepal, 2010: Men read newspapers in the streets to start their day. Ubud, Indonesia, 2008: "In Ubud, at the beginning of the day, Balinese make offerings everywhere, on the sidewalks, in front of the houses, shops and restaurants," Mannaerts said. Ulaanbaatar, Mongolia, 2014: "At the beginning of the day, a nomadic lady collects dried dung in the Ulaanbaatar area. She uses it to make fire for the needs of her family." Fars region, Iran, 2015: A Qashqai nomad takes his flock to the plains. Samarkand, Uzbekistan, 2016: "A group of women are walking towards the legendary Registan in Samarkand. This ensemble of majestic medressas is one of the most awesome sights in Central Asia." Dhaka, Bangladesh, 2014: "After the lull of the night, traffic resumes on the Buriganga River." Tokyo, Japan, 2015: A young man enjoyed a cigarette before entering the office. A young boy sells newspaper in the streets of Dhaka, Bangladesh at 8 a.m.
Pascal Mannaerts