"Super Mario Odyssey" is the best Mario game in years, and it's available only on the Nintendo Switch. (Nintendo)

Nintendo is on a roll with no end in sight.

There's a good reason for that: The Nintendo Switch is the best console to buy. Here's why! Since launching in March 2017, the Nintendo Switch has taken the mantle as the must-have console for playing the best games. This is the No. 1 reason to buy the Switch: It's the only place to play the best available games.

Yes, there are excellent exclusives on the PlayStation 4 and the Xbox One. "God of War" on PS4 and "Forza Horizon 4" on Xbox One stick out as strong arguments for each, and that's not wrong.

But let's be clear: The Switch is stacked with huge, new games that can be played only on the Switch. 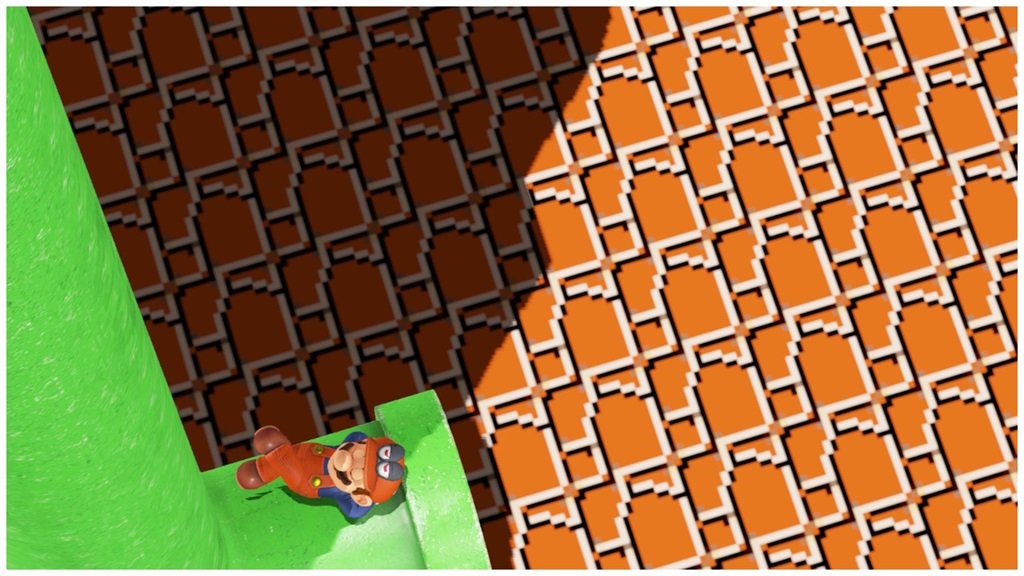 "Super Mario Odyssey" has an average score of 97/100 on Metacritic, putting it among the 10 highest-rated games.

It's highly rated because it's an outrageously good game, full of delight and surprise around every turn. "Odyssey" is the latest example of Nintendo's approach to major games of late: Take classic franchises and evolve them to new heights.

It's hard to overstate the quality of "Super Mario Odyssey"; it's clever, and massive, and beautiful, and deeply referential, and so much more. It is, frankly put, one of the best Nintendo games of the past decade - perhaps of all time. Whether you've been playing "Mario Kart" games for years or have never touched one, "Mario Kart 8 Deluxe" is a tremendous delight.

It's the definitive "Mario Kart" experience, with a ridiculous number of courses and playable characters. Best of all, the Switch becomes a portable "Mario Kart" machine if you take the console in portable mode - each Joy-Con becomes a gamepad, and the Switch is the screen. Being able to casually challenge a friend to "Mario Kart" by simply having the Switch with you is pretty incredible.

Crucially, "Mario Kart 8 Deluxe" is a perfect game to play alone or with friends. The vast majority of the time I've spent with the game has been sitting next to my wife, playing together online against the world. Since the game came out in late April 2017, it's been a recurring delight in my apartment. Nintendo really set the tone of the tremendous first year of the Nintendo Switch with "Breath of the Wild" in March 2017.

More than a great new entry in a classic franchise, "Breath of the Wild" moves forward the entire video game medium. Through meticulous game design that demanded more from players, Nintendo once again demonstrated its uncanny ability to redefine foundational aspects of gaming.

Read our review of "The Legend of Zelda: Breath of the Wild" right here.

... and, of course, "Super Smash Bros. Ultimate," the latest huge hit from Nintendo. 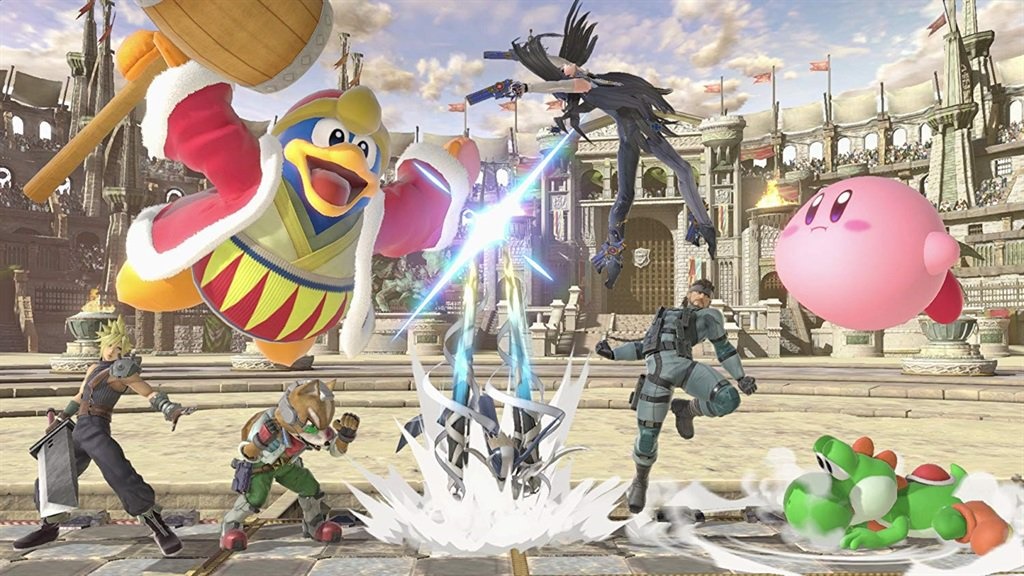 Allow me one example: Both Ken and Ryu from "Street Fighter" are in "Super Smash Bros. Ultimate." You can play them the same way you would play as every other character, or you can control them exactly as you would in "Street Fighter." A quarter-circle forward and punch pushes out their iconic fireball. Nintendo didn't have to add this. It would be fine if Nintendo didn't add this. But Nintendo of course did do this, because everything about "Super Smash Bros. Ultimate" has this absurd level of detail.

It's this loving level of detail matched with a massive amount of excellent, fun content that makes "Super Smash Bros. Ultimate" a must-own game. Even if you've never played a "Smash Bros." game - even if you don't like previous games in the series! - there's a good reason to get this one.

The competition has Nintendo beat in this regard - both the Xbox One and the PlayStation 4 can be purchased for well below $300 (R4,242), especially if you're OK with buying a "refurbished" model.

But, if you're willing to splash out and drop the $300 (R4,242), you get a combination home and portable game console.

Being able to simply grab the console and slide it into my bag is a delight and adds tremendous value to the console. It adds enough value, I might argue, to make it worth the extra money over the lower-priced competition.

3. It's the perfect console for families, big and small. My family is small - just my wife, me, and our dog.

We play games together on all the consoles and have for years, but the Nintendo Switch lends itself especially well to playing together. Games like "Mario Kart 8 Deluxe" and "Overcooked" stand out, but "Super Mario Odyssey" was just as likely to become a shared experience.

Games like "Mario Kart 8 Deluxe" can easily be expanded out for more than two players, and even buying just one extra controller enables three players to play against one another because the Joy-Con can act as two separate gamepads.

Besides, you should probably buy a Pro Controller - it's the best addition you can get for the Switch.

4. The Switch is a console that's big on joy. It sounds ridiculous, I know. The Switch is just a little game console!

What it feels like, though, is a little portal into Nintendoland - like an interface for accessing a Nintendo universe. It doesn't feel like a computer, really, and that's notable, as the Xbox One and the PS4 feel distinctly like computers.

The Switch interface is stark, simple, and fast. The console turns on instantly. At every step, it puts your time at a premium - it's seemingly optimised for going from zero to gaming as quickly as possible.

That the console's main feature outside playing games is taking photos within games makes a lot of sense: If you're using the Switch, it's to play games. There's no internet browser, nor social media, and almost no streaming services - the console is laser-focused on gaming.

And the Switch isn't just for any gaming, but the type of gaming Nintendo is known for: big, precedent-setting, joyous gaming. The type of gaming that players dive into for hundreds of hours as they scour the remains of Hyrule or track down every last moon - that's what Nintendo's Switch is all about.

5. While the competition focuses on 4K, Nintendo is focusing on game design. The Switch, however, is powerful enough. "Super Mario Odyssey" and "Breath of the Wild" and pretty much every other game on the Switch looks more than good enough. Does "Assassin's Creed Odyssey" look better than "Breath of the Wild" on a purely technical level? It sure does. "Breath of the Wild" is still a far better game. "Odyssey" is fine, to be clear, but Nintendo's focus on game design over everything else is really showing. And the future looks ever brighter. That's less than $1 (R14) a game, and that's before Nintendo adds more games to the service - the company has been adding two or three games to its classic games library every month since launch, back in September. At this point, there are more than 30 games on the service.

Notably, every game in that classic games library is from the Nintendo Entertainment System. There are no Super Nintendo games, nor are there Nintendo 64 games - a leak points to the potential for "Super Nintendo" games in the future, but Nintendo has yet to announce as much.

Beyond the games library, paying for Nintendo Switch Online offers a few other important benefits: cloud saves for backing up your save files, and access to online multiplayer gaming.

7. The Switch goes where you go. Throughout this piece, I've mentioned how amazing it is that the Switch can be taken with you wherever you want. It can be played on a TV or in your hands! For me, it's the crucial selling point for the Switch over its more powerful competition.

More than just a gimmick, the ability to pick up and take the Switch on the go is a massive convenience.

It's exactly as simple and easy as Nintendo said it would be: Pause the game you're playing on your TV, walk over to the console, and pick it up out of the dock. The game instantly appears on the Switch screen, ready to go.

It turns the Switch from a game console into something more personal. My Switch has been around the world with me!

There are, of course, great games to play on the PlayStation 4, the Xbox One, and the PC. Owning any of those three, especially in addition to a Switch, is a strong choice. But if you're making a bet on one platform, and you want the best games out right now, and you want to play them literally wherever you want, Nintendo's Switch is the way to go.