5 cool African fruit and vegetables, including a horned cucumber that tastes like banana

Africa has a unique array of indigenous produce, many of which are exceptionally nutritious.

Here are some of our favourites: Also known as pigweed or marog in South Africa, the African amaranth is a leafy green that grows in abundance in low-lying sub-tropical areas. It is thought to be Africa’s most consumed leafy green. It is packed with nutrients specifically Vitamin K which plays a key role in blood clotting and preventing excessive bleeding. Pigweed got its name because of its ubiquitousness. It tastes a lot like spinach. 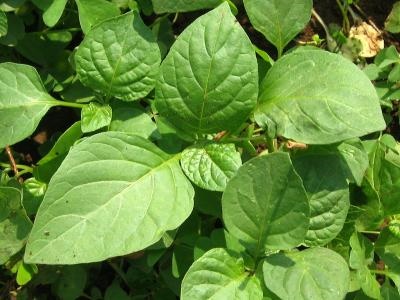 The African Nightshade is another popular leafy green found in tropical parts of Africa. It belongs to the tomato, potato and eggplant family. The leaves are blanched or boiled in stews or served as a side dish. It is extremely high in Vitamin C and beta-carotene and a good source of fibre and protein. The leaves and tender stems of this tropical plant are eaten boiled, stewed, stir-fried, or added to soups. It is sometimes boiled down to a sticky leaf mass and used as a vegetarian spread on bread. The dried leaves are used to make tea or added as soup thickener. Jute mallow is also known as Jew’s mallow and bush okra but has many other indigenous names. It is extremely high in beta-carotene, Vitamin C, folic acid and iron. The African eggplant is found across sub-Saharan Africa and is recognised by its blood red to orange fruit. It is also called bitter tomato or scarlet eggplant. The fruit of the African eggplant is between 5-10cm long and is eaten boiled, steamed, pickled, or in stews with other vegetables or meats. Young leaves are cut and used in soups. The fruit are less nutritious than the leaves. Indigenous to Southern Africa, the horned cucumber is often used for its ornamental value. It grows much like the English cucumber with hairy leaves and stems. The fruit has a soft shell covered in prominent spines and turns yellow to orange when ripe. It tastes like a combination of cucumber and zucchini with mild banana flavour and the large pips are slightly sweet. It can be eaten fresh or boiled. The fruit is high in Vitamin C and fibre.