The vessels will aid in protecting the country from threats such as trafficking, illegal fishing and piracy. They form part of the South African Navy’s Project BIRO and hopes to relieve its ageing fleet in protecting 1.5 million square kilometres of coastline.

“This new Multi-Mission Inshore Patrol Vessels (MMIPVs) will cater for the roles and obsolescence of Navy vessels such as the Strike Craft, Mine Countermeasures Vessels and the Torpedo Recovery Vessel that have been in service for more than 40 years,” said Nosiviwe Mapisa-Nqakula, Minister of Defence and Military Veterans, this weekend. The navy budgeted R1.5 billion for the vessels, which was signed and approved in October 2017.

They are to be constructed locally at Damen Shipyards Cape Town (DSCT), who won the tender. The vessels need to include 60% local content (excluding high-end items such as marine engines, propulsion systems, electronics systems and generators).

The Minister stated that the vessels delivered by Project BIRO will be "work horses" of the South African Navy, reducing the load off the Navy’s existing fleet of frigates.

“While prevalence of piracy has somewhat declined, the extent of maritime crime observed – including trafficking, illegal fishing and smuggling – has been on the increase indicating that the maritime domain lacks law enforcement. The new vessels would be well suited to this task,"said Mapisa-Nqakula.

DSCT says it will be spending over 1 million man hours in order to make the vessels. South Africans can expect the first vessel by early 2021 and on the water protecting our seas by June of that year. The second and third are scheduled for delivery in 2022 and 2023, respectively.

With a length of 62.2 metres the vessels will be capable of travelling at a max speed of 20 knots, or around 37 kilometres an hour.

The P1571 vessels will be built according to a patented Damen Axe Bow design. This aims to ensures high sustained speed even in South Africa’s notoriously rough waters. A key point of the ships' design is that it can reduce vertical acceleration and bow slamming when going through heavy surge. 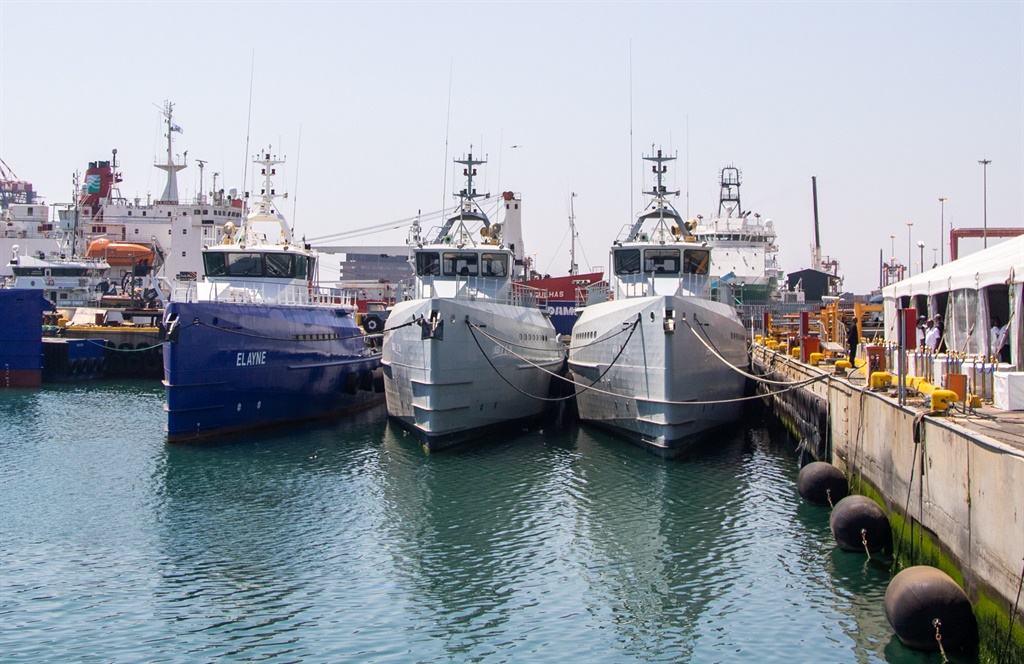 Reference vessels which will be used by Damen for modelling of the P1571's destined to protect SA. Photo Jay Caboz
Jay Caboz

A keel laying ceremony is a maritime tradition that dates to times of wooden ships and is said to bring luck to the ship during construction and to the captain and crew during the vessel’s later life. 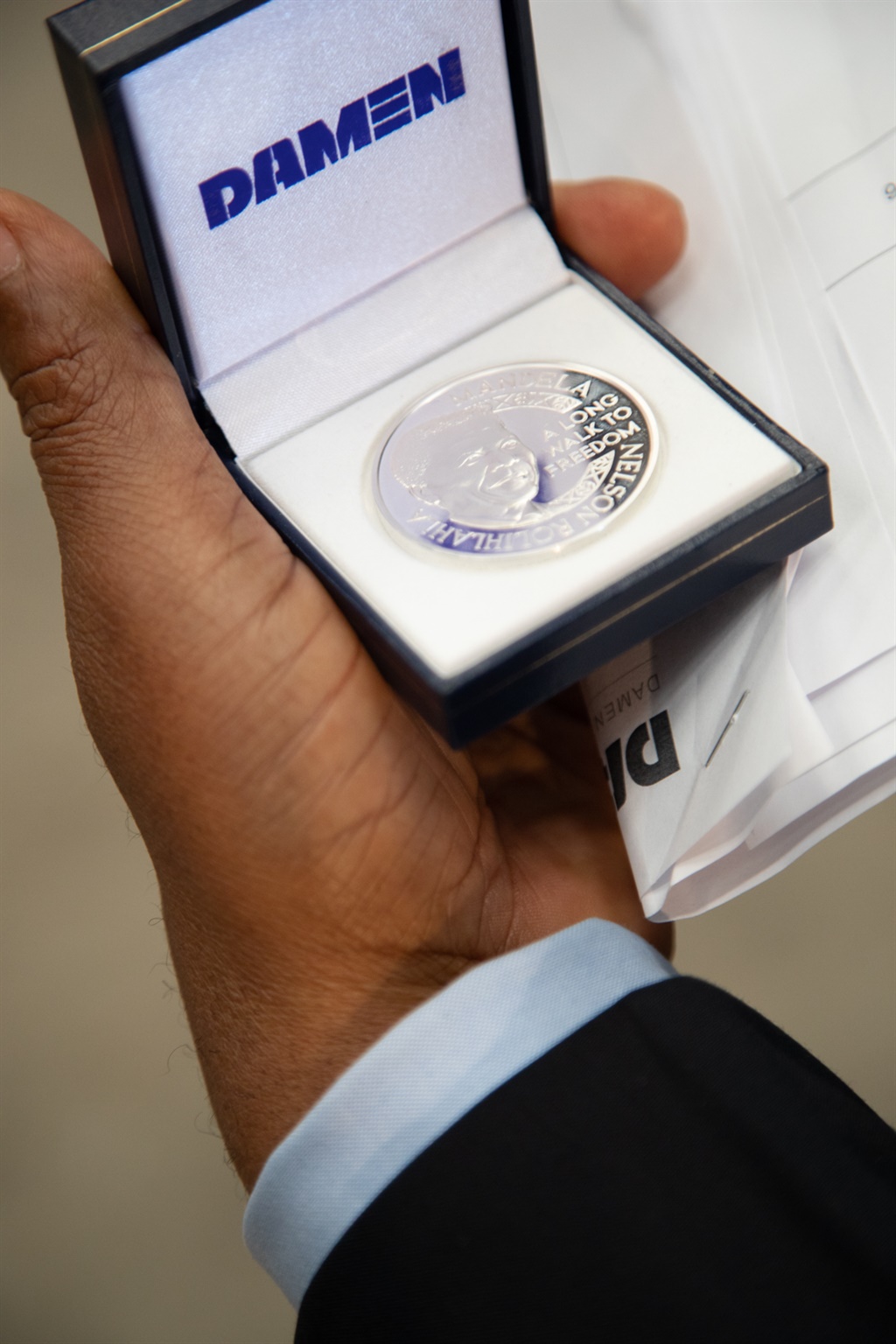 The keel laying ceremony for the new vessels took place this weekend. The tradition involves placing a newly minted coin under the keel (the primary structural backbone of the ship around which the hull is built) and building over it.

The coin laid at the DSCT event was a commemorative medal made in honour of the late President Nelson Mandela’s 1993 Nobel Peace Prize win.

The keel bar is then lowered on top of the coin and welded closed – a privilege that went to Nobelungu Tshangase from Velddrif on the West Coast, the top performing apprentice at Damen’s training school. The school has educated over 150 young people from previously disadvantaged communities since 2010. “Over the years, our shipyard has undertaken many projects for local and international clients but none as significant as Project BIRO. This project is being built and delivered within the agreed specifications, timelines, and budgets,” said Sam Montsi, DSCT Director.