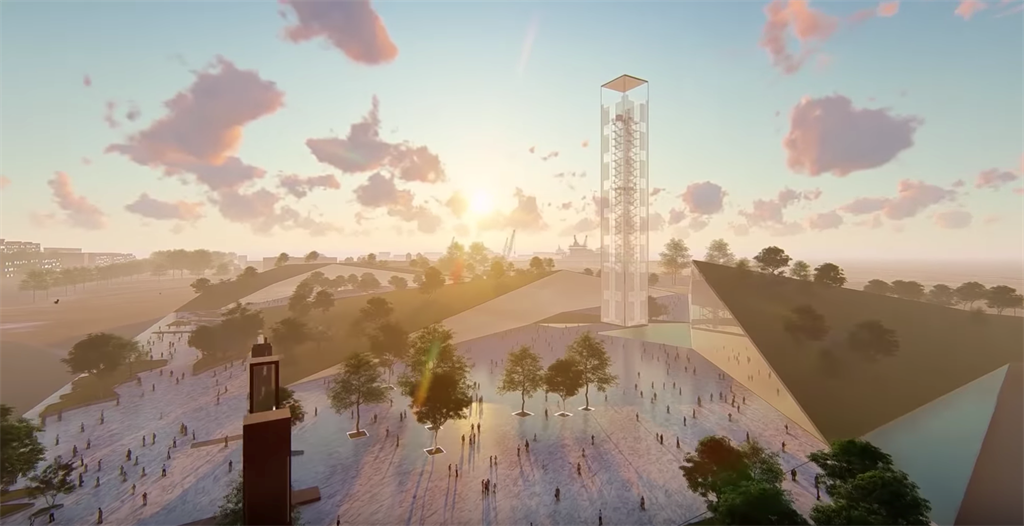 Port Elizabeth may get a 27-storey glass tower to honour the life of former president Nelson Mandela.

A consortium comprising the Cape Town advertising agency M&C Saatchi Abel along with Makeka Design Lab and Scott + Partners has just won the bid for the design of the landmark, which will form part of a new tourist attraction. The so-called Tower of Light’s 27 storeys represent the 27 years Mandela spent in prison. Visitors will be encouraged to climb 81 meters to the building’s top to reflect on Mandela’s life.

Throughout the climb, visitors will hear audio recordings of key moments of Mandela’s life such as the Rivonia trial, his speeches and sounds of Qunu, Eastern Cape where he grew up.

M&C Saatchi Abel CEO Mike Abel said the tower has the possibility to rejuvenate the derelict city centre and boost the local economy. While they have suggested an ideal location for the tower’s development, discussions are still ongoing with the municipality of where it can be built.

A previous version of the article neglected to mention some of the consortium partners.