As of this week, the International Space Station (ISS) has been orbiting Earth for 21 years, and the astronauts on board have been taking breathtaking photos for almost as long.

The first module of the space station launched into orbit on November 20, 1998, and the first crew of astronauts arrived two years later. Humans have lived onboard the ISS continuously in the 13 years since - the longest-lasting human presence in space.

In that time, they've taken millions of photos. The views can sometimes be hard to believe.

"How can something so beautiful be tolerated by human eyes?" NASA astronaut Mike Massimino explained to the Washington Post.

Here are the best photos ever taken from the space station.

The International Space Station (ISS) celebrates its 21st birthday this week. The station's first module launched into orbit on November 20, 1998. The first crew of astronauts arrived on November 2, 2000. They started snapping photos soon after. Astronauts have been capturing their breathtaking views from space ever since. They've taken millions of photos. Usually six people live and work together in the station, orbiting Earth about every 90 minutes. That means they see 16 sunrises and sunsets every day. Today, the ISS orbits about 400km above Earth. 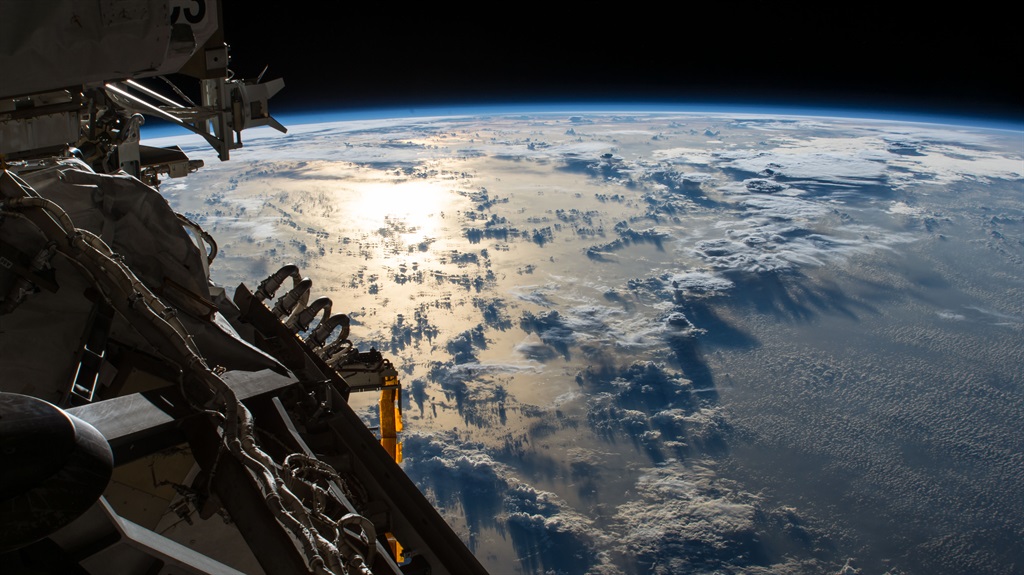 The astronauts inside don't always know or share much detail about the sights they see. But many say they never get bored with the views. "I'm not sure I'd want to be in the same room with someone who could get tired of that," astronaut Kathy Sullivan told National Geographic. 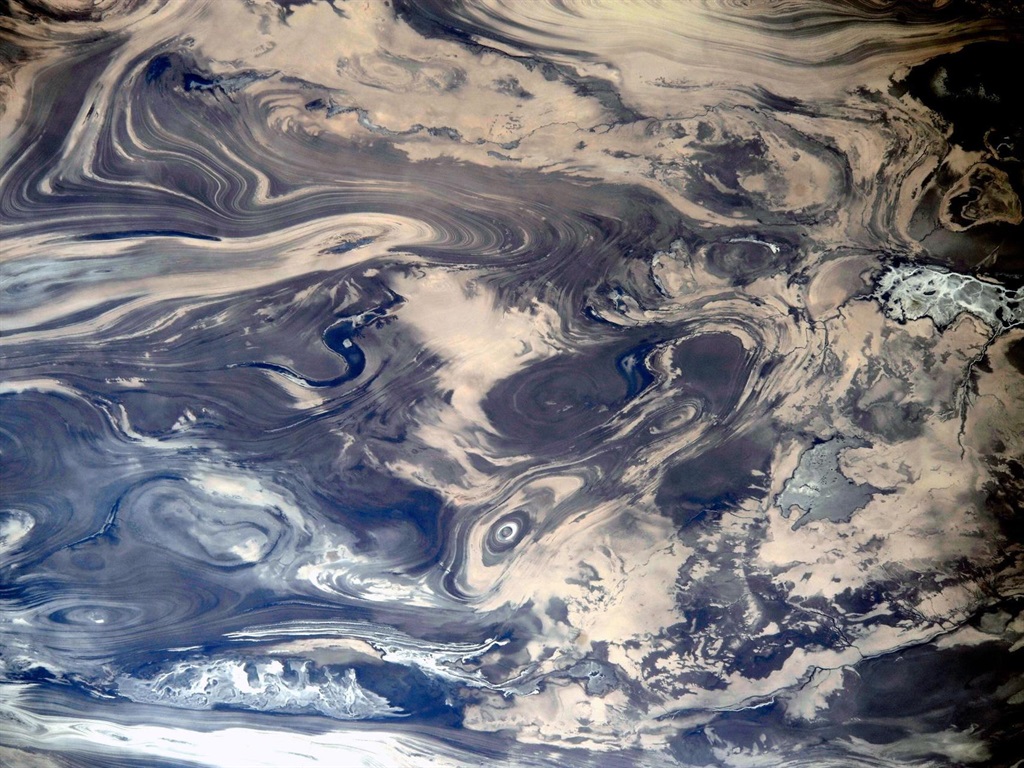 Some of the most colourful photos come from astronaut Scott Kelly, who shared his favourite views on social media. From 2015 to 2016, Kelly spent 340 consecutive days on the space station. It was the longest single human spaceflight ever. When they fly over cloud-free cities, astronauts can see details that seem tiny from above. On cloudless nights, some views are even more clear. They call Paris "the city of lights" for a reason. Sometimes the clouds themselves make beautiful shapes. Astronauts can watch big storms from above. They can even peer into the eyes of hurricanes. When the Caribbean isn't plagued by cyclones, the Bahamas are a calm blue oasis from the astronaut's perspective. This frozen lake in the Himalayas reveals a different kind of blue oasis. The views aren't always so calming. Volcano eruptions are easy to see from space. "Not many artists in this world are as creative as Mother Nature," ISS commander Alexander Gerst told NASA about this image. 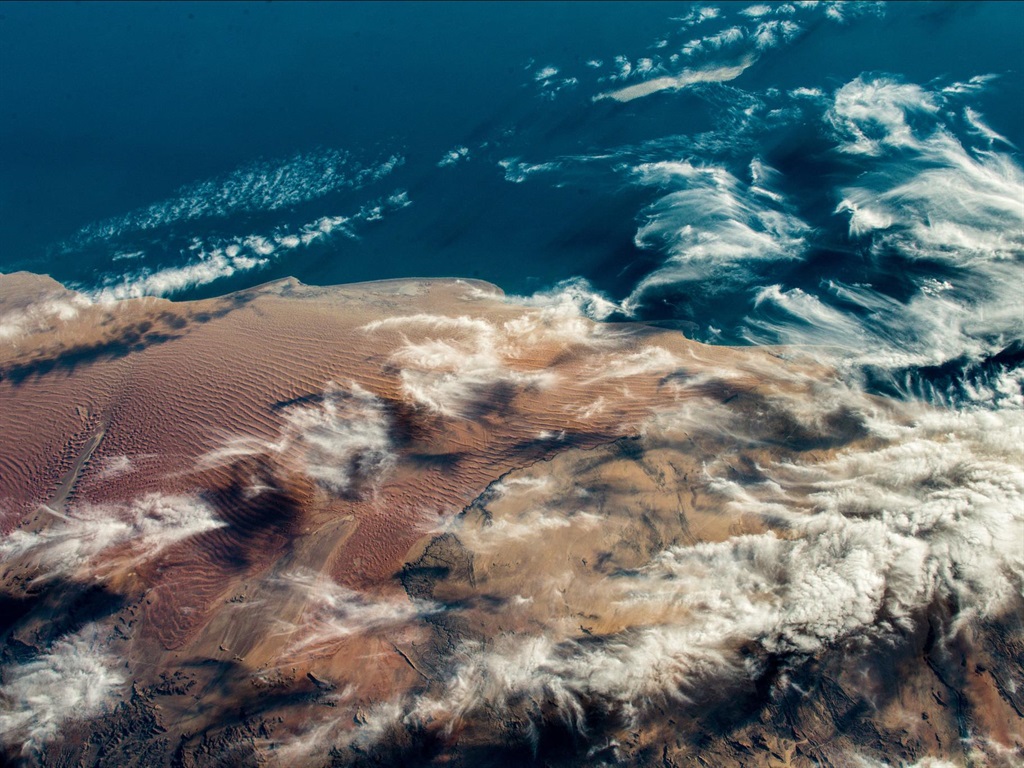 The aurora borealis is one of nature's most fascinating artworks. It appears when electrically charged particles from the sun collide with oxygen and nitrogen in Earth's atmosphere. ISS residents can see the same phenomenon on the other side of the globe — the aurora australis. Human activities can seem artistic from above, too — like this launch of a Russian spacecraft. Few people have enjoyed these views: 239 people from 19 countries have visited the ISS. Astronauts have conducted 223 spacewalks since the station opened. Sometimes that's when they get the best vistas. Behind them: the vacuum of space. 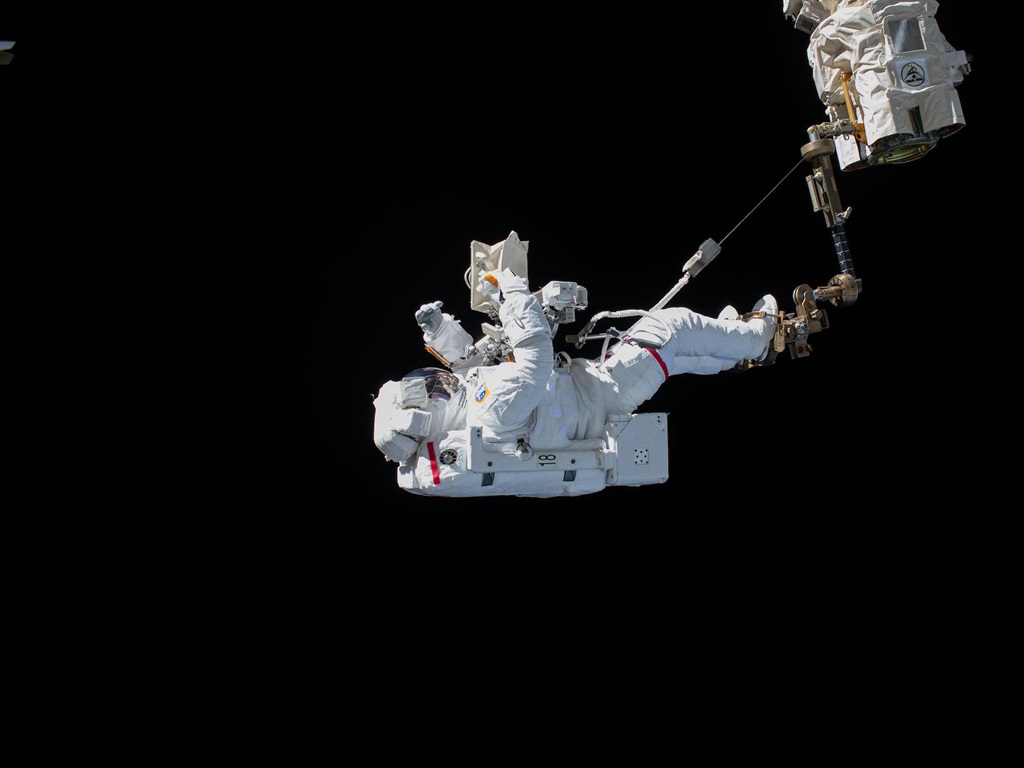 But even that void sometimes offers beautiful views. "Orbiting Earth in the spaceship, I saw for the first time how beautiful our planet is," Yuri Gagarin, the first human in space, said in 1961. "Let us preserve and increase this beauty, and not destroy it." Related Links
Scientists detected the brightest light in the universe for the first time, following a...
Trump's Syria retreat is giving ISIS 'time and space' to strike the West, blistering Pentagon...
This compact tiny home on wheels was designed to look like a spaceship
Next on Business Insider
Thousands of people are flocking to the UK’s first sighting of a bird treated as a pest in SA