A growing number of 2020 Democratic presidential candidates are calling Trump a 'white supremacist.' Here’s why 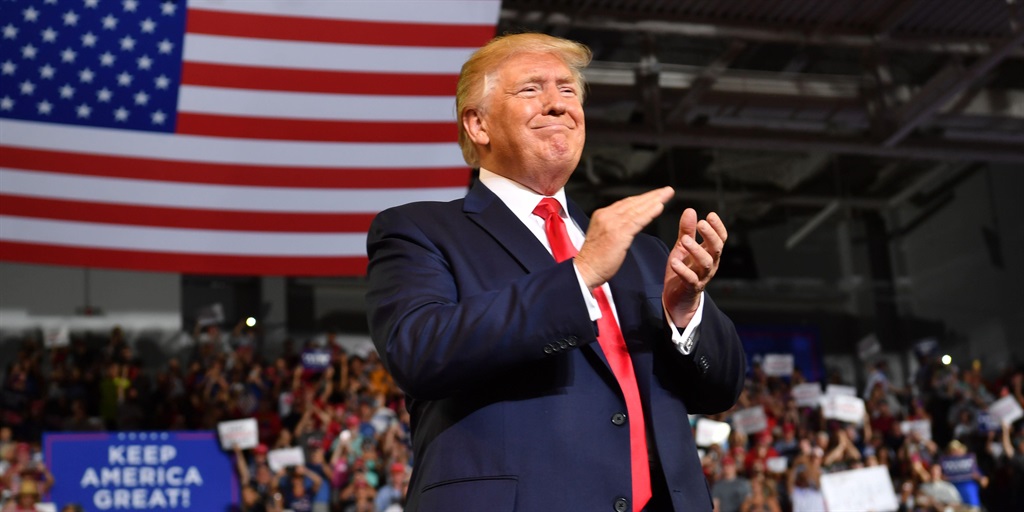 Sen. Bernie Sanders was the first to thrust the Democratic primary field into new terrain. Then former Texas congressman Beto O'Rourke pushed it further along.

O'Rourke was asked on MSNBC after the mass shooting in El Paso, TX targeting Latinos that killed 22 people whether he believed President Donald Trump was a white supremacist. "He is," he said plainly.

Many of the candidates had already labeled Trump as a racist prior to last week, but the dam broke after the El Paso shooting.

Alarmed that his anti-immigrant rhetoric may be inciting racists and extremists to carry out deadly attacks on immigrants and people of color - given how the El Paso's shooter hate-filled manifesto closely mirrored Trump's incendiary language - a flood of 2020 contenders started charging Trump was a white supremacist.

Sen. Elizabeth Warren was among those condemning Trump, telling The New York Times that he "has given aid and comfort to white supremacists." South Bend Mayor Pete Buttigieg echoed that assertion as well.

In the week following the carnage in El Paso - one of the deadliest attacks on Latinos in US history - at least seven Democratic candidates called Trump a white supremacist. It's an extraordinary shift within a party that's now adopting a more combative footing on racial issues ahead of next year's presidential election.

Though Trump has a long history of exploiting race for his own gain, some experts say he is now publicly staking his presidency and re-election campaign on appealing to white voters, throwing out the dog-whistles and opting for the full megaphone.

"We have not seen a credible major party candidate, let alone a sitting president of the United States, appeal to race in such an explicit way in over a century," University of California Riverside political science professor Dr. Karthick Ramakrishnan told INSIDER. He pointed to George Wallace, the 1968 third-party presidential candidate who fiercely opposed desegregation, as the closest example of a major political figure campaigning on racial resentment in recent decades.

According to Dr. Andra Gillespie, an Emory University political science professor specialising in race, Trump has transformed the political language around race.

"He has made explicit what used to be conveyed implicitly using coded language that could be up for debate," Gillespie told INSIDER.

And Ramakrishnan says that American politics is being thrown into uncharted ground as a result.

"We're in new territory here in terms of how a sitting president and presidential candidates have used race in explicit ways to polarise and galvanise," Ramakrishnan says.

During his presidency, Trump has reportedly referred to Haiti, El Salvador and several African countries as "sh*thole countries." And he has demonised immigrants, repeatedly warning of an "invasion" on the southern border with Mexico in his speeches and campaign ads as well.

Last month, Trump targeted four congresswomen in a series of racist tweets, telling them to "go back" and "help fix the totally broken and crime infested" countries "from which they came." Then came the North Carolina rally where his supporters chanted "send her back!" Trump distanced himself from the chants only to re-embrace it later. Karthick says that could end up being a pivot point in the 2020 campaign.

"The fact that he's now making it a key part of his campaign, where not only is he tweeting about it, but its coming up in rallies," Ramakrishnan says, "that's changed the dynamic - and these [Democratic] candidates are calling him out on it because of what he's introduced."

Gillespie told INSIDER that by calling Trump a white supremacist, the 2020 Democrats are trying to correct some impressions among the party's progressive base that "they've sugarcoated the issues before."

"These ideas have been around long before Donald Trump was president," Gillespie says, referring to white supremacy. But now Democrats are forced to combat a president who "has upped the ante every few weeks" with his divisive rhetoric.

The risks for Democrats

For Democrats, however, casting Trump as a white supremacist runs its own political risks.

A number of the 2020 Democratic candidates are basing their campaigns on appealing to the white working-class voters that fled the party for Trump in 2016. Democratic strategists are also betting on disaffected GOP suburban voters uneasy with Trump's racial attacks and frustrated with government inaction after mass shootings in Ohio and Texas being the key to ousting Trump from the White House next year.

But, if those voters feel like they've been smeared by association over having voted for Trump, that could prevent them from backing the eventual Democratic nominee, according to the Washington Post.

Republicans will all but certainly seek to draw a political advantage from Democrats labeling Trump a white supremacist. One of the president's campaign officials recently told Axios, "they're trying to make the case that anyone who supports this president is a racist. They're talking about [nearly] half the country."

Still, black voters make up a substantial portion of the party's electorate and are considered among its most reliable constituencies. Not directly addressing Trump's racial animus could lower their turnout, which decreased sharply in the 2016 presidential election.

With yet another presidential election appearing that it could be close at the finish line, a Quinnipiac poll released in late July shows the slimmest of majorities -51% of Americans - now say that Trump is racist.

Though an increasing share of voters believe Trump is racist, Gillespie says the Democratic candidates shouldn't grow complacent their combativeness on that issue alone will be enough to propel them to victory in 2020.