A 7-square-metre London flat is on sale for R4m. Twitter users share what you can get for the same price Inside the London studio.
Douglas & Gordon

A London studio has the internet in disbelief for its hefty £200,000 (about R4.3 million) price tag and tiny living space. The apartment got attention after Twitter user Richard Brooks shared it, prompting a thread about housing you can buy for the same price around the world.

The minuscule studio is just 7.4 square metres and the shower, sink, stove, and bed all share the back wall. The toilet is located in a small room next to the door. The bed and stove inside the apartment.
Douglas & Gordon The shower, sink, and bed inside the apartment.
Douglas & Gordon

The apartment is in Notting Hill, one of London's most expensive neighborhoods. According to a previous Insider report, London came in at No. 10 on a list of the 11 most expensive cities to live in around the world, based on the 16th Annual Demographia International Housing Affordability Survey.

The apartment is listed by Douglas & Gordon and appears on Zoopla, a property site for purchases and rentals. Zoopla says that the studio is a "renovation opportunity" and that it "needs complete modernizing throughout." 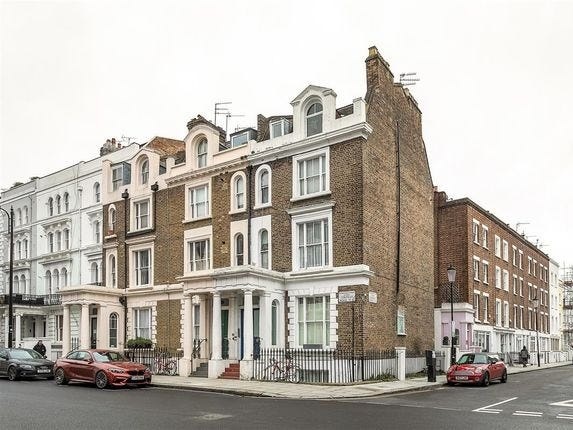 The apartment building where the studio is located.
Douglas & Gordon

Other users responded by saying "Meanwhile in ..." and added various locations where housing prices weren't as astronomical.

A South African Twitter user shared the houses you could get for around R4 million in Midstream Estate in Gauteng.

WHAT. That's goto be a joke or a scam or something right? No way that is possible ????Here's a screenshot of some of the properties to buy in my city in South Africa.(200 000 GBP converts to over roughly R4.1 million) pic.twitter.com/eB1ZoQNYVk

Twitter user Vicky posted a listing for a log cabin in Norfolk for the same price as the London studio, £200,000.

Twitter user Sacred Silence posted this beautiful home in the Netherlands going for €195,000.

However, some users commented that the price was normal for the area in London. Twitter user Alan Watt said, "£200k in that area is excellent for any property. If you think logically to stay there maybe two nights a week in a local hotel would be about £1000 per calendar month in a hotel, mortgage on this plus bills would be around £500/600 per month."