Magazine ads so clever they stopped readers from turning the page 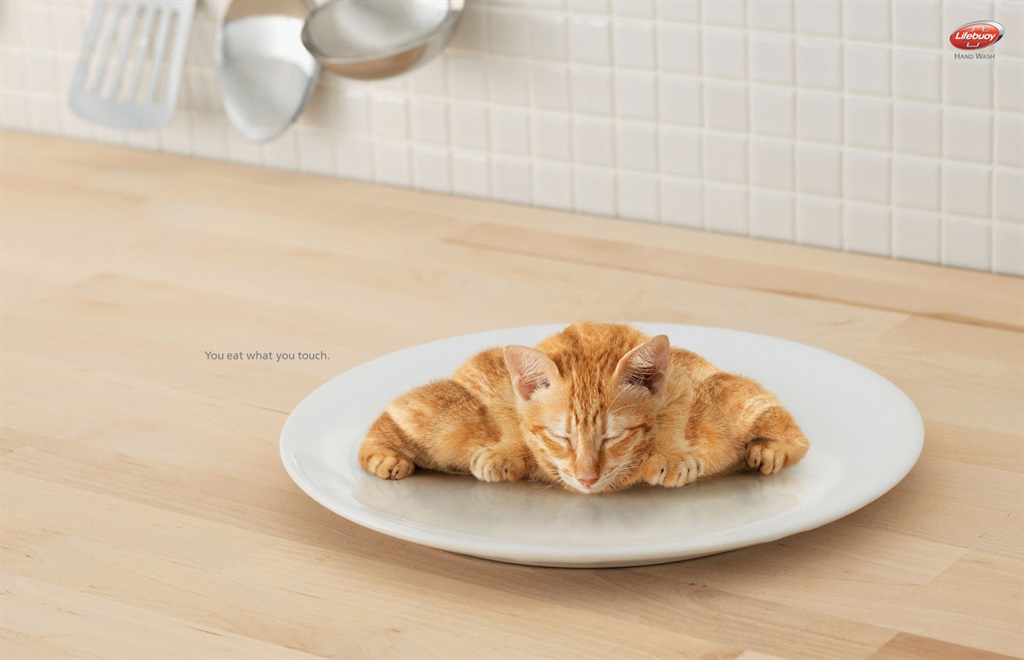 Advertisements are everywhere you look, even if you don't notice them. But sometimes, an ad is so amusing and clever that it catches your attention and stays with you.

Most ads are annoying and unavoidable. According to ad agency Red Crow Marketing, the average person living in a city 30 years ago saw up to 2,000 ad messages a day, compared with 4,000 to 10,000 ads today.

We compiled print ads that are, in fact, not a waste of time. They're creative, charming, and have clear messages. While some come from relatively unknown companies or products, others are for major brands like Volkswagen, McDonald's, FedEx, and Apple.

Here are 24 of the funniest and most clever ads to ever be printed.

Soap brand Life Buoy's unconventional ad turned a pug into a loaf of bread to stress the importance of using soap. "You eat what you touch." (Indonesia, 2009) Bose took noise-cancellation to a new level when it highlighted the sound quality of their headphones over their look. Untitled. (New Zealand, 2006) McDonald's magazine ad for extra-large coffee was too big to fit on two pages, aside from some ring stains on the corners. "Extra large coffee." (Sweden, 2008) The Van Gogh Museum Cafe in Amsterdam used a broken coffee cup to allude to the tortured Dutch artist cutting off his own ear in a subtle ad aimed at art lovers. Untitled. (Netherlands, 2013) Kraft took the power of strong bones to the extreme with a broken mousetrap. "With extra calcium for stronger bones." (United Arab Emirates, 2007) Eurostar advertised its rail service between Paris and London with unique British caricatures. "It's Summertime in London." (France, 2007) DHL used a clear plastic sheet in its magazine advertisements to illustrate how quickly it ships across Asia. Untitled. (China, 2007) 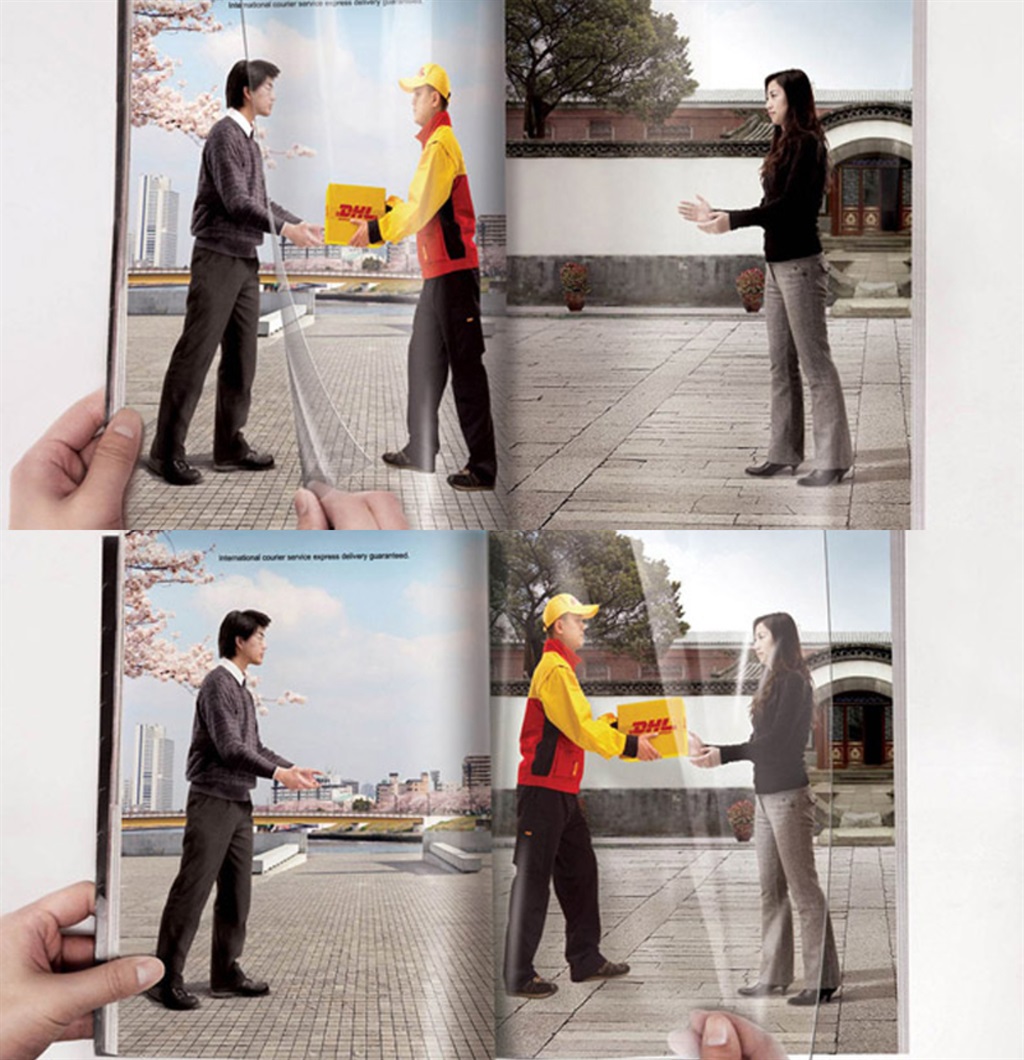 In another ad from Bose advertising their noise-canceling headphones, the world is guaranteed to be as quiet as a family of mimes. Untitled. (Singapore, 2009) Apple's 2007 MacBook Pro was thinner than most laptops in its day, making this magazine ad almost (but not quite) true to life. Untitled. (USA, 2007) 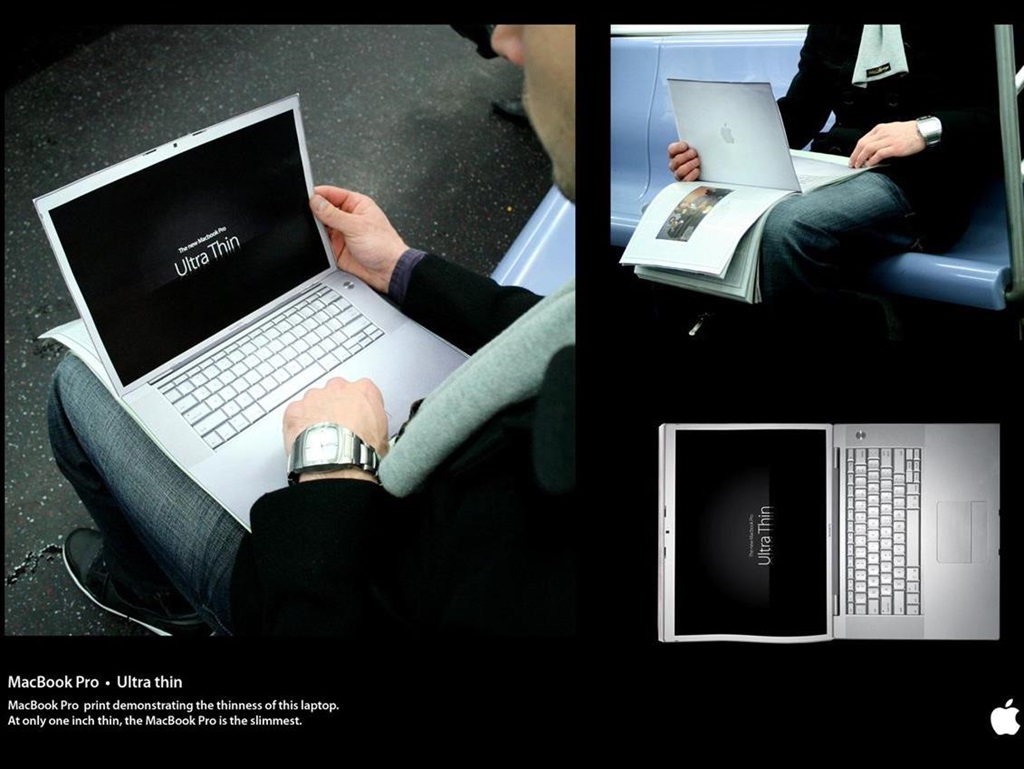 FedEx, like DHL, wanted a clever way to show it could ship around the world, so it ran with the idea of neighbors. Untitled. (Brazil, 2010) Lazer bike helmets are so good, according to this ad, that your head won't be in any danger. Untitled. (Belgium, 2008) 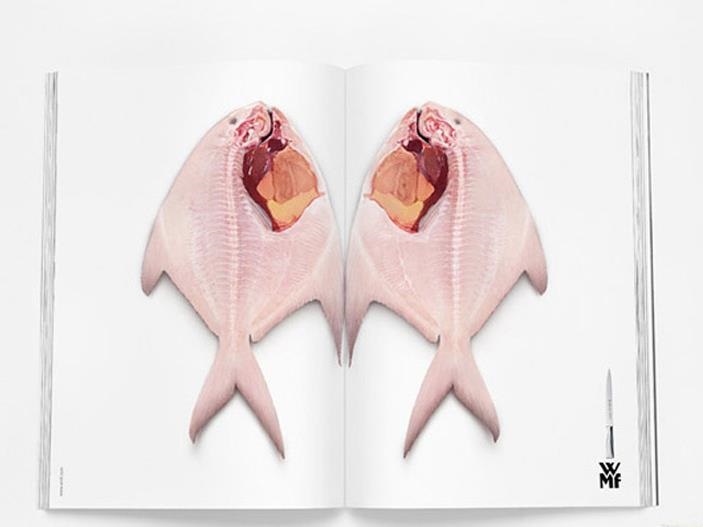 Sedex, the supply chain company, used extreme illustrations like this one to prove its speed. "Trust us. We deliver it fast." (Brazil, 2009) Volkswagen, known for its unique advertising, dressed a mountain goat (an off-road animal) like a poodle (a city animal) to show its cars could have the best of both worlds. "Touareg. The luxury off-road." (Brazil, 2009) Italian carmaker Fiat took a city family to the country, using the slogan, "We should all get out of the city from time to time." "Squirrel" (Spain, 2006) Faber-Castell's colored pencils are so true to life you won't be able to tell the difference. "True Colours." (Germany, 2011). The makers of Softlan fabric softener must have asked themselves, what would wrestling be like if it smelled great? "Wrestling." (Malaysia, 2009) Mouthwash brand Listermint used a priest with bad breath to show how important a clean mouth is. "Sermon." (Australia, 2008)