2 Russian oligarchs were found dead one day apart alongside their wives and children, reports say 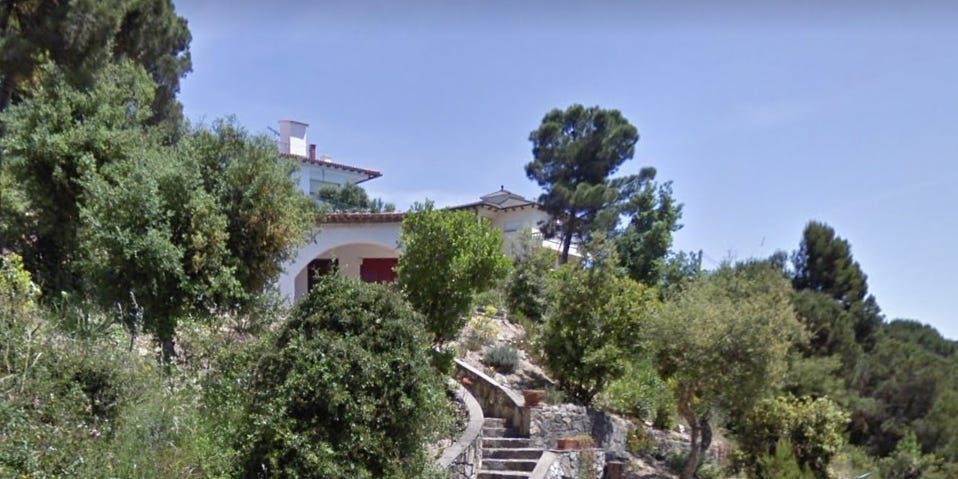 The grounds of Sergei Protosenya's rented Catalonian villa, as reported by local media, viewed from the road in 2011. Google Streetview

Two Russian oligarchs were found dead alongside their wives and children one day apart, according to multiple reports.

The Moscow investigations department did not name the victims in its public statement about the case, but Tass said an unnamed source confirmed their identities.

Investigators wrote in their statement that they are prioritising a theory that Avayev shot his wife and daughter, and then himself.

More than 3,218 kilometres away, in Spain, another oligarch — Sergei Protosenya — was found hanged, with his wife and daughter stabbed to death, Spanish TV channel Telecinco reported. His body was found on Tuesday, Spanish outlet El Punta Vui reported.

He was found with a bloodstained knife and an ax at his side, Telecinco reported.

Protosenya was the former vice president and chief accountant of Novatek, a major gas company with close connections to Gazprombank.

He and his wife and daughter were staying in a rented luxury villa in Lloret de Mar, a coastal Catalan town, for the Easter period, according to Telecinco.

Police were alerted to the deaths when Protosenya's son, who was in France, raised the alarm after nobody picked up the phone, Telecinco reported.

The Mossos D'Esquadra, the Catalan police force, confirmed on Tuesday it is investigating three deaths, again without naming the victims. A spokesman for the force referred Insider to the public statement when asked for further information on Protosenya's death.

Mossos D'Esquadra did not assign a motive, but according to El Punta Vui, a working theory for investigators is also that Protosenya killed his family before hanging himself.

Protosenya left no suicide note, and there were no bloodstains on his body, El Punta Vui reported, without citing sources.

He had a personal fortune of $4.3 million, according to Telecinco.

Neither of the men were on an international sanctions list in the Ukraine-Russia conflict.