10 must-have sneakers, according to a South African expert Jo Farah, Sneaker LAB. Photo supplied.
Sneakers are an important status symbol for younger consumers, and collectors are willing to pay huge sums of money to get their hands on them.

But getting into sneaker collecting can be a daunting task, especially with the overwhelming offering on the shelves.

While a newbie might not know the difference between an Air Jordan 1 “NRG" from an Air Jordan 1 “Union Black Toe”, Jo Farah, the founder of Sneaker Lab, has several years’ hands on experience coming face to face with the best of them.

His SA-based company manufactures an environmentally friendly sneaker cleaner that is hitting the world by storm. Sneaker Lab's products are now available in 60 countries.

Read Also: This South African invented an eco-friendly sneaker cleaner that is now in hot demand across the world

“The sneaker industry has a huge impact on complementary industries such as socks and sneaker cleaning. Branded sneaker care products were non-existent until sneaker culture started to become mainstream. The culture has seen sneakers becoming personal status symbols, especially among the youth. Sneakers are becoming extremely collectable with some collectors spending fortunes on limited releases,” said Farah.

Read also: Adidas has launched a collection of sneakers inspired by Marvel superheroes

Business Insider South Africa asked Farah to give us a list of his top 10 favourite must-have sneakers (called 'kickers' by the hardcore collector). He based his list on the look, materials and colourway (the colour scheme) of the sneakers. "I love the shape of this shoe, originally created back in 1988. The striking red and white colour combination with the interchangeable swoosh logo makes it yet another iconic sneaker," said Farah. "I have lots of love for the SB dunk and I am a big fan of this specific colourway. The mix of materials and the combination of tan, white and grey colours are  what sells it for me,"said Farah.

The sneakers closely mimic the colours of the infamous Fender Bass, an electric bass guitar.  A pair is selling for R3,206 on online sneaker market store StockX. I am a huge fan of the SB Dunk as a whole, it’s an iconic skate shoe. The Staple Panda Pigeons are, for me, a variation on the icon NYC Pigeon.  This colourway is close to my heart as it also represents the colours of the Sneaker LAB brand.

These sneakers released in January 2019 and retailed for R1,581. "I love the striking colourway and materials of this sneaker. The shoe is said to mimic the interior of the scenic railway route between Singapore and Thailand," said Farah. "The combination of the Carbon's 4D futurist sole with the unique colourway and materials used to create this sneaker makes it a winner," said Farah.

The sneaker incorporates a 4D printed sole that emerged with the Futurecraft series from adidas. It is selling for R5,999 on Shelflife. "I love the iconic ‘90s look and colourway of this retro running shoe," said Farah.

The design is based on one of the most iconic adidas lines of all time - the ZX running shoe series - which originally ran between 1984 and 1989. Selling for R2,599 on Shelflife. 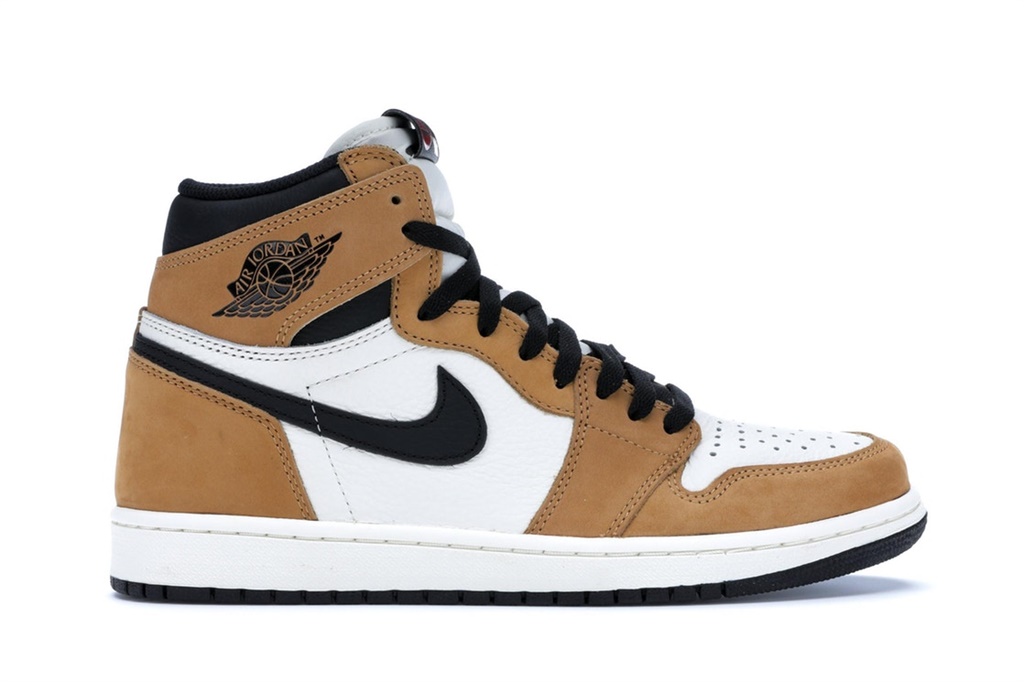 "The colourway and materials used in this sneaker are the kicker for me.  It mimics the iconic golden brown shirt that Michael Jordan wore during his ‘Rookie of the Year’ press conference 1985," said Farah. "I love the colours. A remastered look of a vintage silhouette," said Farah. "NRG" in sneaker lore, and denotes shoes that are extremely limited in quantity.  The Air Jordan 1 x Off-White NRG "Part 2 Europe Exclusive" was released exclusively at select retailers in Europe. We found a pair selling for R82,000 on Amazon. The item does not ship to South Africa.

"I am a huge fan of white sneakers generally, and love the futurist yet retro look of the Off White collaboration. The original Jordan 1 was first produced for Michael Jordan in 1984. Its iconic style has stood the test of time and is one of my personal favourites," said Farah.

Receive a single WhatsApp every morning with all our  latest news: click here.

Related Links
Crocs shoes now come with their own built-in moon bags
A man became the first blind person to complete the New York half marathon with the help of 3...
Shoes have replaced handbags as the status symbol shoppers are willing to splurge on
Next on Business Insider
North Korea's Covid crisis spiraling out of control - 1.4 million people now suffering from 'fever'