From a toxic Ethiopian desert to a fiery Hawaiian volcano: These are the 10 most extreme places on Earth The Danakil Depression is located in northeastern Ethiopia.
Getty

1. Ethiopia's Danakil Depression and its landscape, which consists of burning salt, volcanic rock, and sulfuric acid, is considered the most uninhabitable place on Earth. The Danakil Depression looks like it could be Mars. Its yellow and orange landscape is a cauldron of burning salt, volcanic rock, and sulfuric acid.

The springs around the Dallol volcano, one of the numerous volcanoes inside the Depression, have hydrothermal properties that are not only toxic but also unsuitable for life.

A recent study by biologists from the University of Paris-Sud, who examined samples from these pools for traces of life, revealed that there are no DNA concentrations in the sources that would speak for original life. This makes the Danakil Depression one of the most inhospitable places on earth.

2. Vostock station, an old Soviet Union outpost in the middle of Antarctica, is the coldest place on Earth. Vostok, the old Soviet Union research station located in Eastern Antarctica, recorded an incredible temperature of minus 128.6 degrees Fahrenheit (minus 89.2 degrees Celsius) on July 21, 1983, according to the World Meteorological Organisation (WMO).

It is the coldest temperature ever recorded by a weather station.

3. Death Valley, the hottest place on Earth, has such high average temperatures that tourists regularly try to fry eggs on the ground The highest temperature ever recorded by a weather station is 134.1 degrees Fahrenheit (54 degrees Celsius). This was measured on June 30, 2013, in Death Valley, California.

However, the hottest ground surface temperature ever measured was not in Death Valley, but in the Dascht-e Lut desert in Iran. A NASA satellite measured an unbearable 159.26 degrees Fahrenheit (70.7 degrees Celsius) there in 2005. It is meant to be so hot that migrating birds regularly die and fall from the sky due to the unbearable heat.

4. The Dry Valleys in Antarctica have had no rain for two million years, making it the world's driest place. Surprisingly, the driest place on Earth is not the Sahara desert - it is in Antarctica. More specifically, it's located on what is called the Dry Valleys, which are 13,297 ft (4053 meters) above sea level. The air here is so dry that there is hardly any snowfall. They also happen to be the quietest place in the world.

Before researchers were able to measure the dryness on Antarctica, Chile's Atacama Desert was long regarded as the driest spot on earth. It only rained there four times in 4o years and was so dry that NASA decided that it would be the perfect location to test its Mars rover.

5. Mawsynram, India is the wettest place in the world. It experiences so much rainfall in a year that Rio de Janeiro's 30 meter-tall Christ the Redeemer would be up to its knees in water. A village called Mawsynram, located in the Khasi Mountains in the Indian state Meghalaya, lies at an altitude of about 4691 ft (1430 meters).

The village receives an annual rainfall of about 467 inches (1186 centimeters).

6. Driving in Aomori City, Japan, the snowiest place on Earth, can sometimes feel like you're driving between glaciers. Since the World Meteorological Organisation does not have any "snow" records, it's a bit more difficult to locate the place with the most snowfall in the world.

But Japan, as a country, takes the lead, as it snows most often there. In the small mountain village of Takakura, northwest of Tokyo, snow depths are 37.8 feet (11.5 meters). Every year, Aomori City in northern Japan experiences an average annual snowfall of 312 inches (792.5 centimeters), the majority of which falls between November and April.

7. Mount Everest, the highest elevation in the world, is so high that one breath at sea level is equivalent to three on top. This one is a no-brainer. The highest mountain in the world is Mount Everest, with an altitude of 29,029 feet (8,848 meters) above sea level.

After a height of 26246.72 feet (8,000 meters), the so-called death zone begins. The air pressure here is only one-third of the normal pressure at sea level.

9. The Kilauea volcano in Hawaii is the most active one in the world — and scientists are expecting an eruption soon. Numerous volcanoes on the planet are active, but the Kilauea on Hawaii is considered the most active volcano on Earth.

The volcano has been erupting nearly constantly from spouts since 1983, making it one of the most long-lived eruptions we know of.

8. Commonwealth Bay in Antarctica has had winds up to 150 mph, making it the windiest place on Earth. 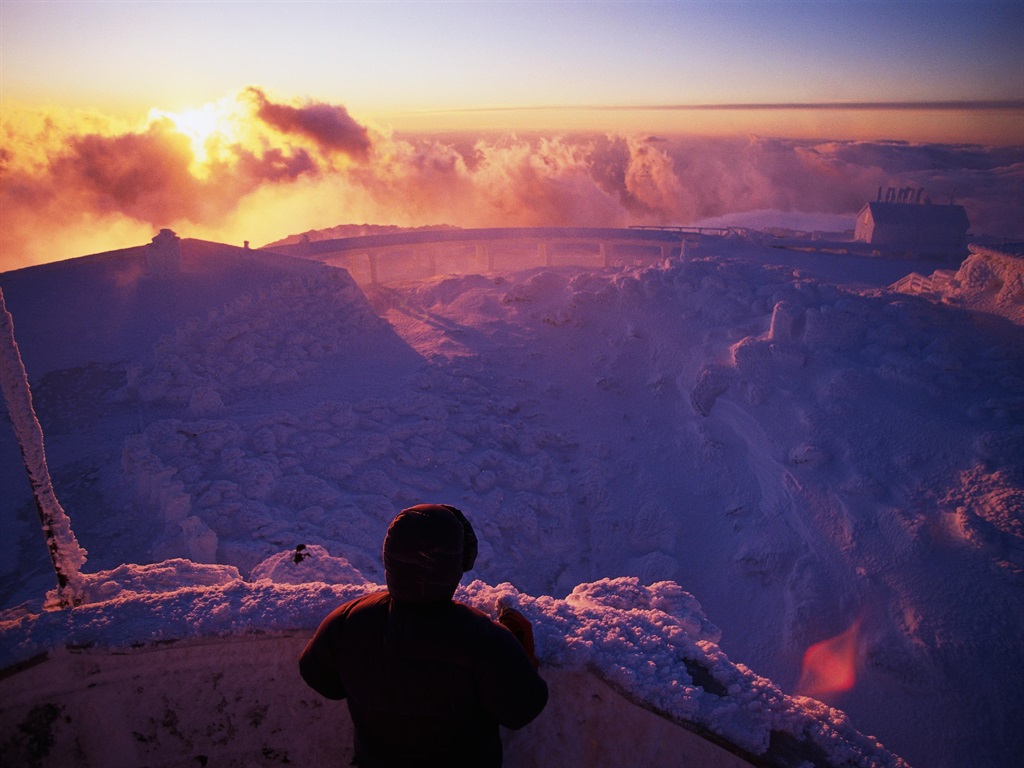 Commonwealth Bay in Antarctica is officially the windiest place on earth, according to the Guinness Book of World Records and National Geographic Atlas.

For a long time, Mount Washington was considered the windiest place in the world.

10. Bouvet Island, the most isolated place on Earth, has never become a commonly visited destination because of how far away it is from everything.

Bouvet Island is the most remote island in the world.

The island in the South Atlantic belongs to Norway. The next closest land point to it is Queen Maud Land in Antarctica, which is 720 miles (1,160 kilometers) away.