10 quotes that Winnie Madikizela-Mandela will be remembered for Winnie Madikizela-Mandela, veteran anti-apartheid activist and former wife to the late Nelson Mandela, died on Monday. She was 81.

See also: How publications around the world covered the death of 'Mother of the Nation' Winnie Madikizela-Mandela

Here are some of the quotes she will be remembered for. "Together, hand in hand, with our matches and our necklaces, we shall liberate this country."
– 1986 Winnie Mandela and Caster Semenya talk to press during the Team SA Press Conference at the Holiday Inn on August 25, 2009 in Johannesburg. (Photo by Lee Warren/Gallo ImagesGetty Images)

"I will not allow the selfless efforts of my husband and his friends to be abandoned. I will continue the struggle for a free and equal South Africa."
– 1962 "They think because they have put my husband on an island that he will be forgotten. They are wrong. The harder they try to silence him, the louder I will become!"
– 1962 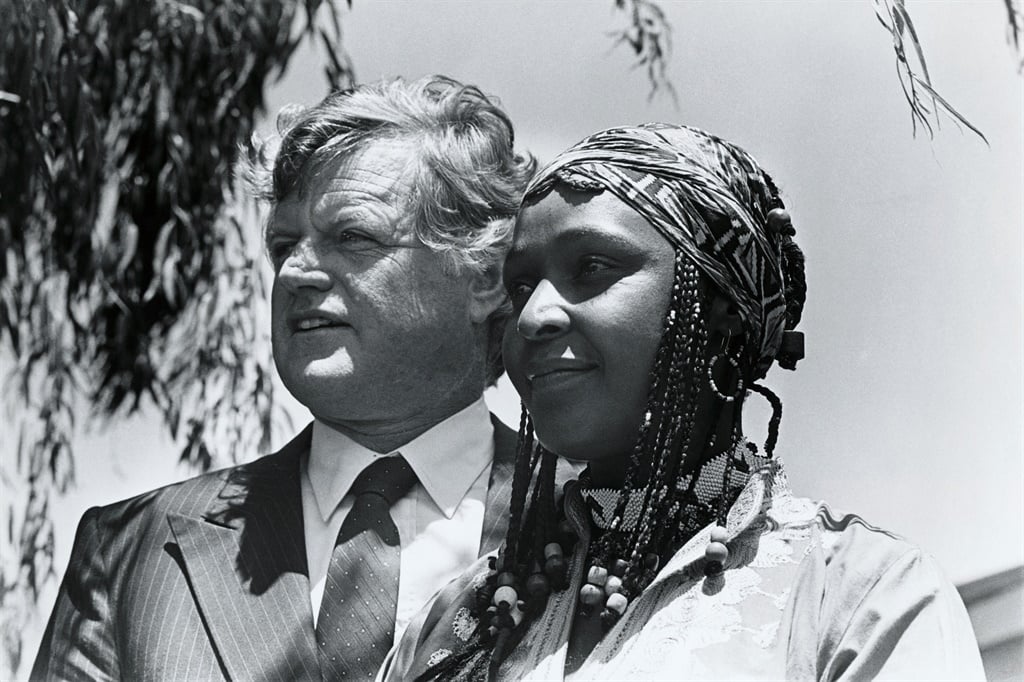 Winnie Mandela with US Senator Edward Kennedy, while she was in exile in Brandfort in the Free State. (Photo by Gideon Mendel/Corbis via Getty Images)

"There is no longer anything I can fear. There is nothing the government has not done to me. There isn't any pain I haven't known."
– 1987 "All what we fought for is not what is going on right now. It is a tragedy that he lived and saw what was happening, we cannot pretend like South Africa is not in crisis, our country is in crisis and anyone who cannot see that is just bluffing themselves."
– 2017 "It is only when all black groups, join hands and speak with one voice that we shall be a bargaining force which will decide its own destiny."
– 1976 Winnie Mandela with her grandson, 1986. (Photo by David Turnley/Corbis/VCG via Getty Images)

"If you are to free yourselves you must break the chains of oppression yourselves. Only then can we express our dignity, only when we have liberated ourselves can we co-operate with other groups. Any acceptance of humiliation, indignity or insult is acceptance of inferiority."
– 1976